We started out today at our campsite at Gros Ventre Campground with our beyond beautiful view of the snow capped, foothill-less beauties we call the Grand Teton mountains. We headed out for the day and made our first stop at the nearest Visitor’s Center to obtain a map, get our national parks passport stamped and pick up some postcards.

One of the park rangers was helpful in recommending a few hikes as well as places we could pay to take showers. He said that the Colter Bay and Signal Mountain lodges had pay showers, and that we could check out a few places in Jackson that were closer to us. We later obtained a written list of places we could go from the Gros Ventre campground office, which seems to be filled with knowledgeable and friendly staff.

The first hiking recommendation we took was to Taggart Lake and up to nearby Bradley Lake. We had heard from previous campsite neighbors that Taggart Lake was beautiful and the park ranger told us that we could do both lakes in a 6-mile round trip. With lunch and camera in tow, we set out on the trails.

The trails were well defined and not too demanding, only having to watch your step over the rocks and handle some inclines and declines from time to time. Early on, we were greeted with up close views of some of the nearby peaks.

We then saw some beautiful streams roaring over rocks and under a few small walkway bridges.

A good amount of the next part of the trail was surrounded by walls of eucalyptus plants with other pretty wildflowers sprinkled in. The strong, sweet scent and sea of green was only dampened by the constant stream of bees they attracted, but as long as we kept walking they didn’t bother us too much. 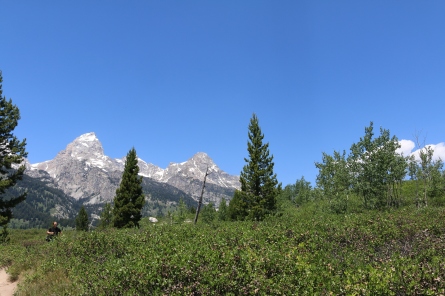 Along the way, we had pretty views of the peaks and overlooking the lakes and valleys. Once we reached Taggart Lake, we ate our lunches on a rock overlooking the crystal clear, bright blue water and directly facing some of the mountains. Not often that you get this up close a view of snow-capped mountains right on the water. This is truly what makes the Tetons unique and so breathtaking. 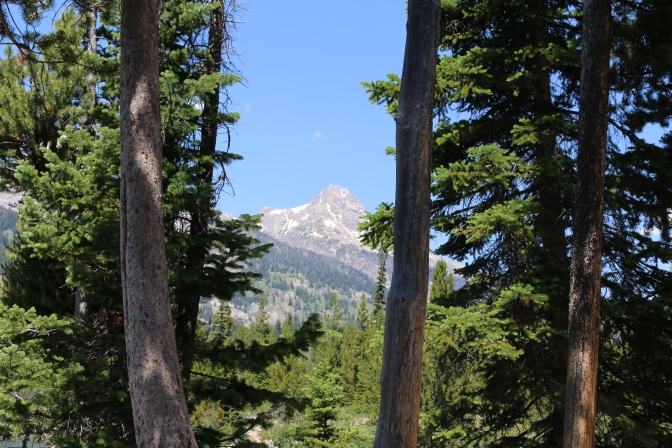 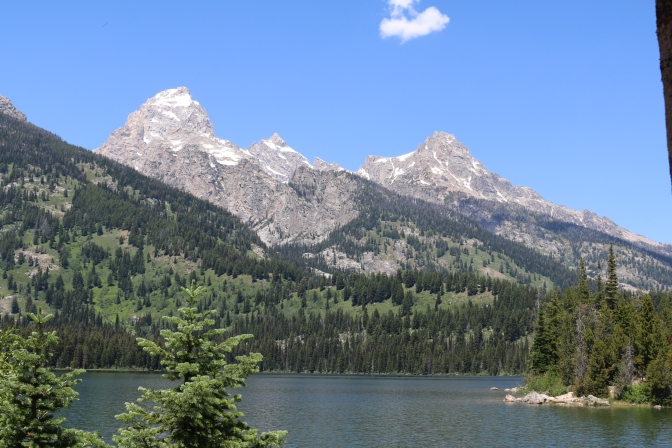 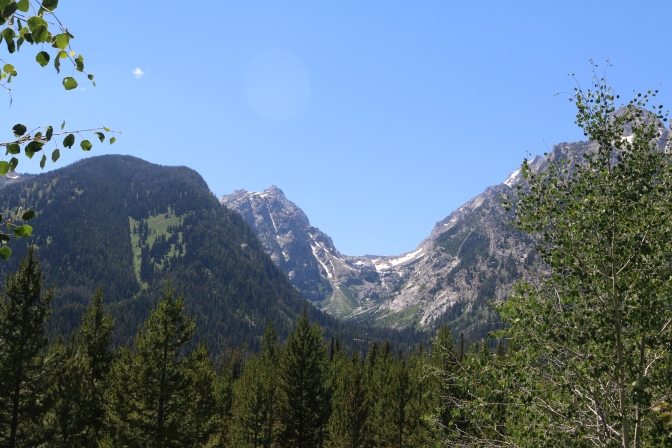 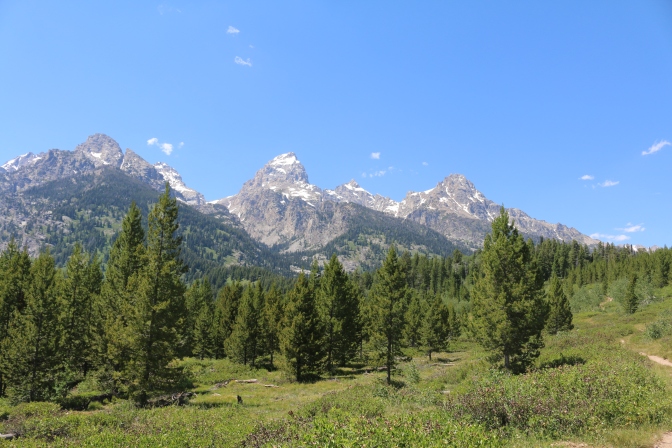 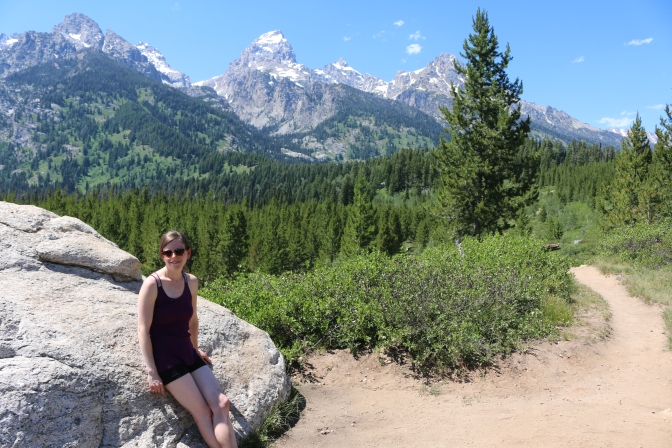 As we continued the rest of the 4.5 miles, it became clear that we were a bit out of shape, but overall we made it just fine taking short breaks for photo ops and water along the way. And to be fair, this much a lot higher elevation than we were used to. A pretty steady cool breeze helped keep the 86 degree weather manageable. We also got to see some adorable chipmunks and even a beaver on our walk.

We did not run into any elk, foxes, moose, bears, or any of the other animals known to be in the area, but are still holding out hope as we continue our stay. We did carry our bear spray with us on the hike just to be on the safe side, but given that it was the middle of the day and they are more likely to come out at dawn and dusk we were not too concerned.

After this hike, we were pretty tired and definitely filthy with dirt, so we wiped down and drove up to Jenny Lake, not feeling up to another hike.

We took the short, one way road around the lake, which offered some spectacular overlooks of the second biggest lake in the park.

After this, we headed back to our campsite to very briefly shower off the dirt and sunblock and make some grilled chicken and parmesan spaghetti squash while enjoying our gorgeous view.

3 thoughts on “Hiking around the Grand Tetons – Day 1”