Ninilchik, Alaska is a small Russian-influenced village on the Kenai Peninsula. Located just an hour north of the ever-popular coastal town of Homer on the Sterling Highway, Ninilchik is easy to miss but one you really shouldn’t.

Ninilchik’s roots stem from several native Alaskan tribes and Russian Orthodox settlers who relocated here in the 1840s and whose influence is still felt today. The historic Russian Orthodox Holy Transfiguration of Our Lord Chapel is still in operation and some descendants of the first Russian families to settle here continue to speak a unique Russian dialect sprinkled with Alaska native words. There is a short trail up to the chapel and the church offers a small gift shop and public tours, but visitors should be respectful of this still active community. 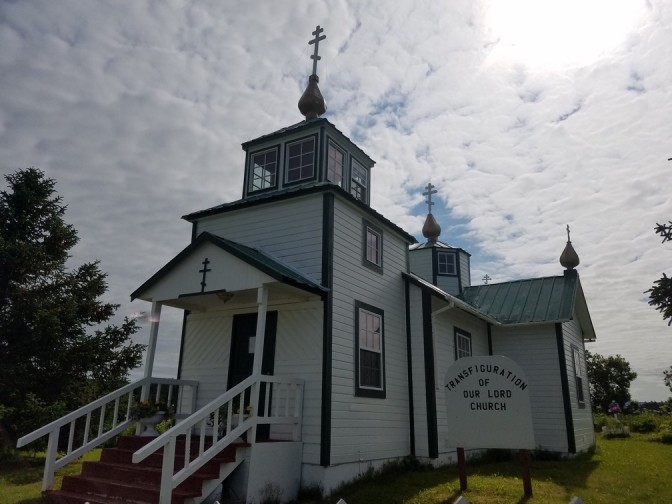 Like many southern Alaska coastal towns, Ninilchik was significantly affected by the 1964 Good Friday earthquake, and hence has an “old” and “new” village. The Old Ninilchik Village remains a quaint tourist draw, however. Backdropped by Cook Inlet and four Aleutian volcanoes, and overlooked by the historic chapel, this wildflower and historic cabin dotted area may as well be its own postcard.

Ninilchik is also known for being one of Alaska’s best razor clamming spots and commercial salmon and halibut fishing continue to launch from its shores. Strong runs and fish carcasses attract what made this area particularly incredible to us – hundreds and hundreds of bald and golden eagles.

Yes, hundreds! It was incredible to watch these magnificent creatures soar overhead and feast on Alaska-sized halibut remains. Though a local told us nothing could top the displays put on when the late Eagle Lady of Homer would attract sixty at a time by tossing out her salmon carcasses, I think spending some time in this lovely coastal village was just as good, if not better – and less messy.

Though we did find some Alaska-sized monsters lining the beach. We laughed that we had never seen a halibut run over by a truck before! 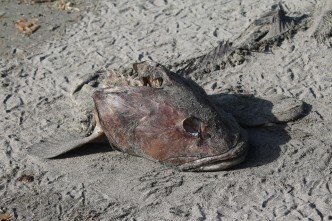 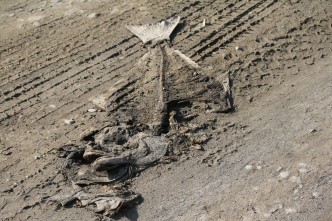 We laughed that we had never seen a fish run over by a truck before!

We parked our trailer at Deep Creek State Recreation Area, where we scored a waterfront site that might have been one of our best yet. 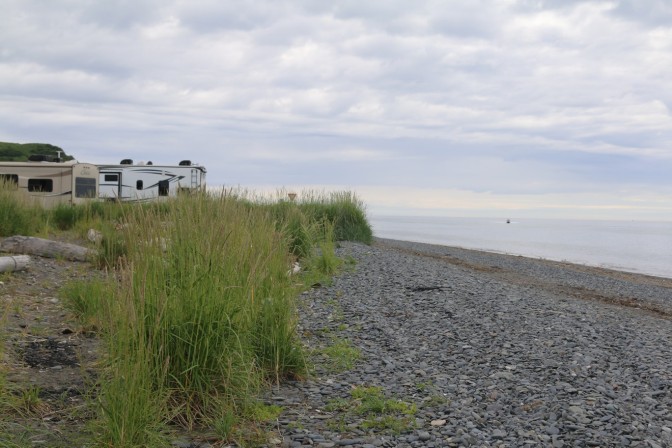 We spent the next day soaking in our surroundings. Blessed with magnificent weather, we were able to see all four of the Aleutian volcanoes visible to the area, and I’m fairly certain we also got a peek at Mt. Douglas far off in the distance. We got excited at our first few up close eagle sightings, only to realize that the area was littered with them. We had heard we would see a lot of eagles in Alaska, but this place exceeded our expectations as they were EVERYWHERE! Walking up and down the undeveloped, bluff-lined coast, watching the fishing boats at work and admiring the magnificent creatures floating around us all with an nearly unbelievable backdrop made Ninilchik feel almost…magical. A visit to admire Ninilchik and the Russian Orthodox chapel only added to the mystique of one of Alaska’s many small town jewels. I already can’t wait to visit again! 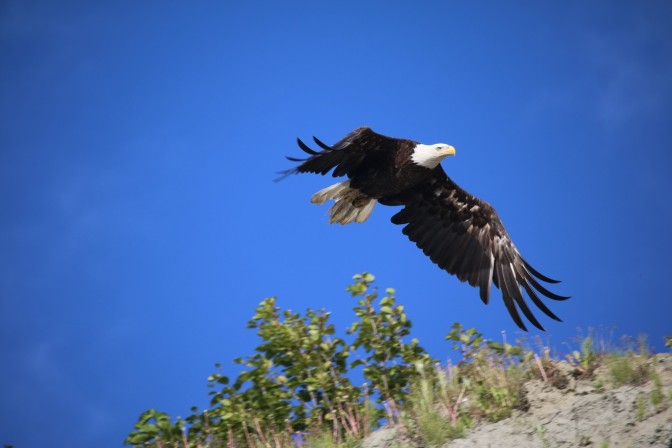 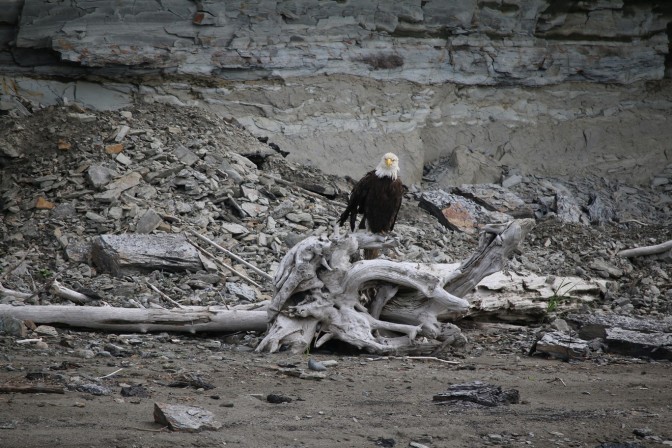 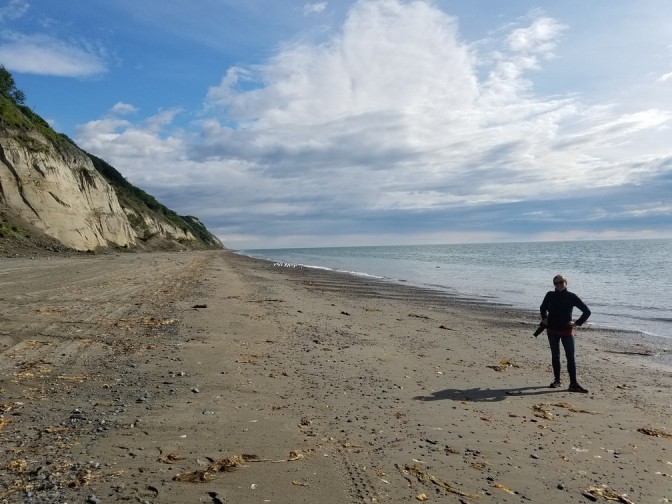 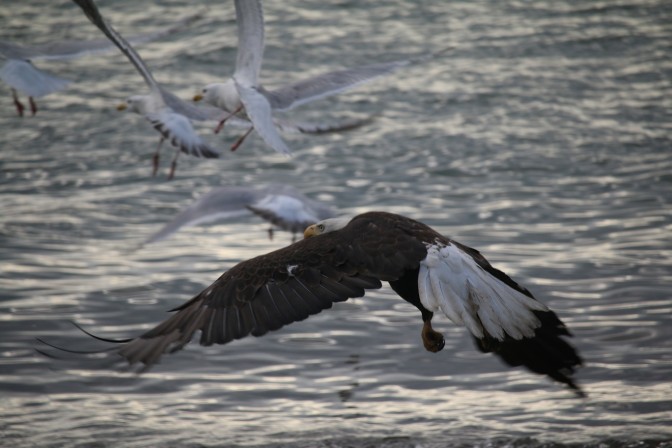 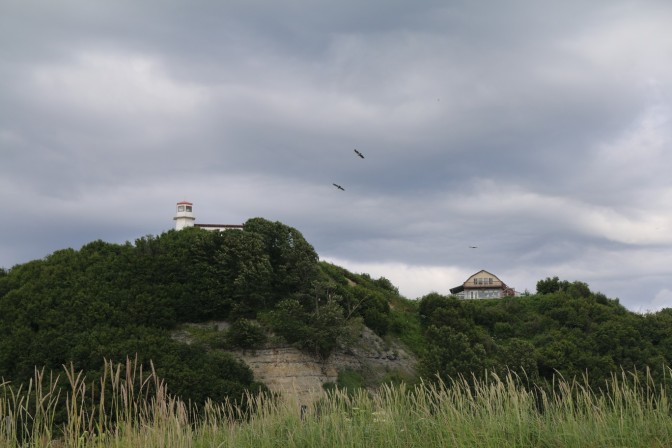 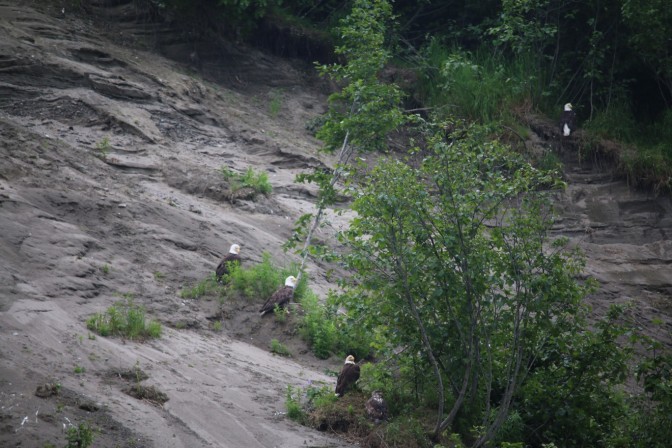 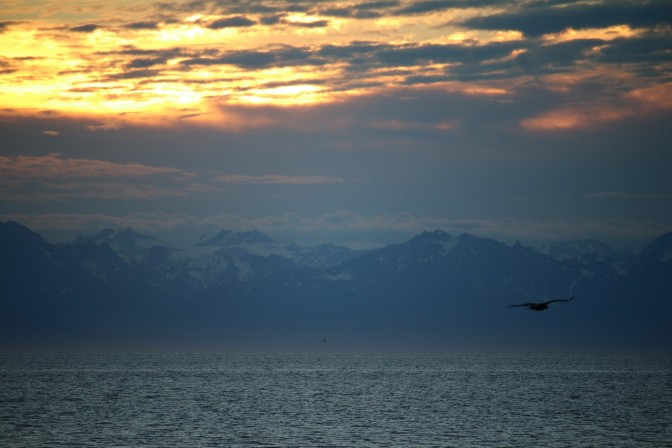 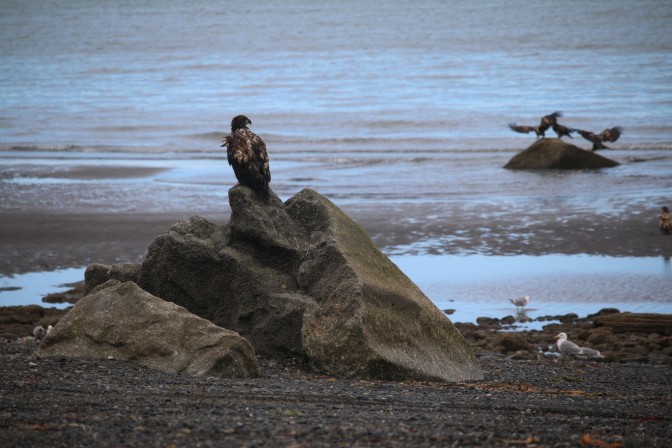 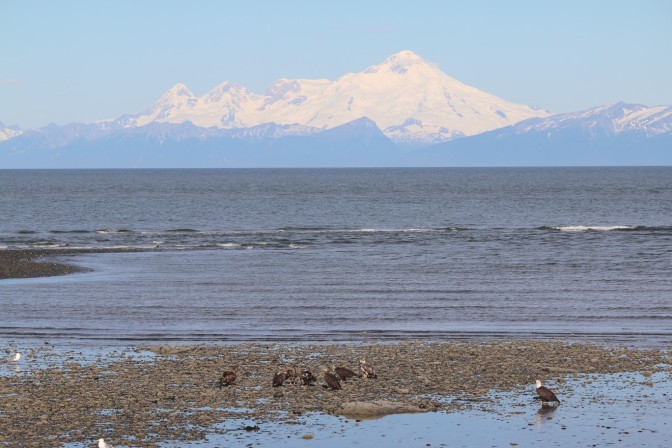 With all of this talk about the magic of Ninilchik, it would be only be fitting that one of our best photos ever was taken here. On one of our walks, a regal looking golden eagle let John get within a few feet of it. While he was snapping away, he opened his wings as if he was showing off or going to fly away. Instead…well, I’ll let the photo do the talking… (Fair warning, don’t scroll down if you’re eating!) 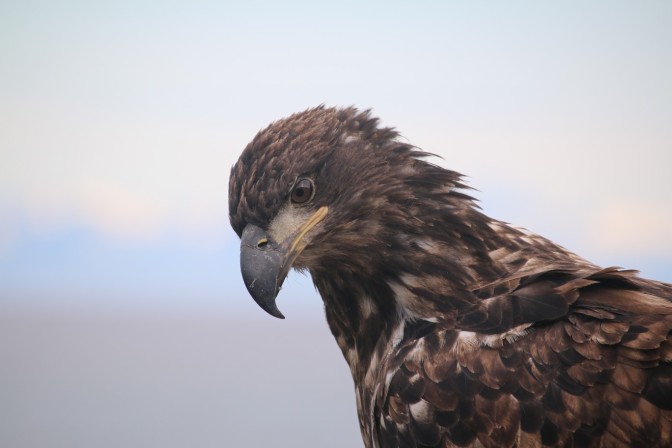