We had just spent quiet and uneventful night at Lac La Hache Provincial Park right off of 97 in B.C. after coming from Joffre Lakes during the day. Our priciest public campground in Canada the whole trip up at $18/night Canadian (still less than $15 USD at the time), it was still a pretty good bargain being right off the highway. They had a dump station for a fee and potable water for free, too. We’d been shying away from boondocking in the rest areas on the side of the road because we’d heard it was unlawful to do so, even though I’m sure some people do it. We found camping along the route to Alaska quite easy though as all public provincial parks and recreation sites (kind of state park and national forest service US equivalents) were well marked from the highway and most annotated in the Milepost.

On this particular day, the goal was to cover as much ground as possible and make a much-needed Costco and affordable gas stop in Prince George (we found gas for around $1.09C a litre here, the cheapest we’d find in Canada). We didn’t stop for much along the remainder of 97, but did find that we had cell reception in each of the small towns we passed along the way. We also didn’t really check out much else in Prince George besides the Costco, though perhaps we will on the way back from Alaska.

A few major differences we found between Canadian and U.S. Costco’s (because Costco is a lifeline!):

– Our Costco Visa credit card from the States was useless. Their preferred card is Mastercard, but they do accept Canadian AND US cash, lucky for us.

– The meat is expensive! Especially chicken. We paid the same amount in USD we usually do for their bag of frozen chicken breasts, but got half the amount. Canada has stricter rules for the poultry industry than the US, so at least we knew our money was paying for healthy and well-treated birds.

– Many brands were the same, some were new to us. Some of their frozen food looked really good and samples were plentiful (like, they encouraged seconds!) and the best we’d ever seen. It’s the little things in life!

– Fries with poutine and gravy in the food court and ice cream sundaes! The pizza wasn’t quite up to snuff, though, even though the guys making it fit the Canadian stereotype of being super nice!

– Not that all US Costco’s do, but the ones in BC do not sell alcohol.

Our next stop two hours west on 16 was Burns Lake municipal campground, located not far off the highway. An awesome little free campground run by the local Rotary right on the lake, we think we made our own site here, but as we only had one neighbor and weren’t blocking anyone’s way, no one seemed to mind. A popular skateboarding park for the kids, the park was also patrolled regularly by local police so it felt very safe. There was even a free dump station around the corner! 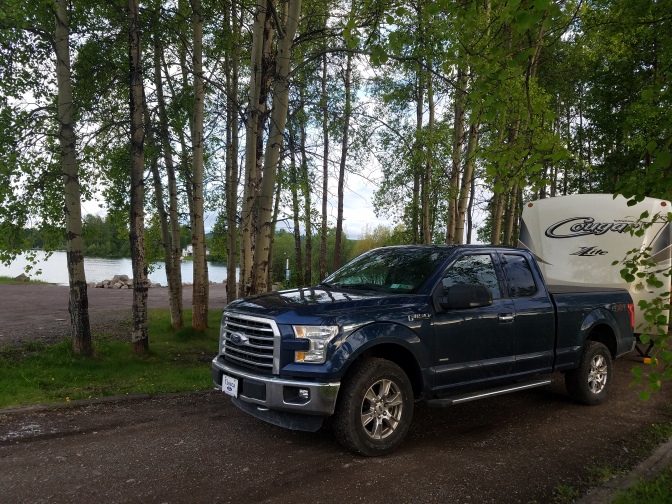 After this, we spent a couple more FREE nights in Smithers at the trailhead for Twin Falls/Glacier Gulch – a recommendation we got at the local visitor’s center. Located up a steep gravel road, it was a bumpy but manageable ride up to the few moderately sized campsites offered there. It sure was chilly parking under trees, waterfalls, and a glacier, but we could see part of Twin Falls from our site! 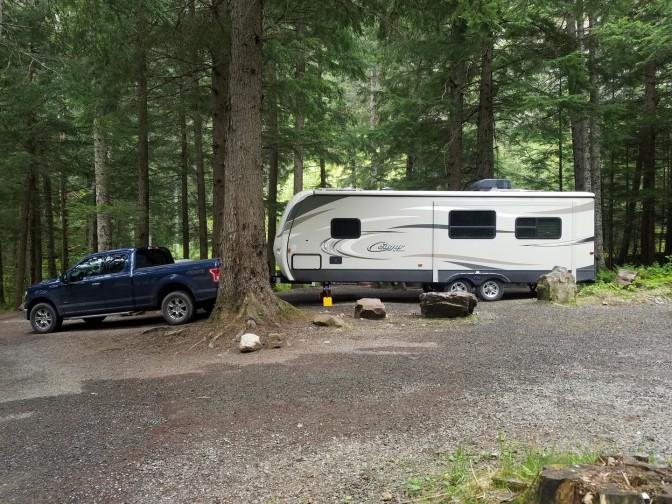 Twin Falls consisted of a short trail to a viewpoint of two side by side waterfalls, which were especially pretty with the mountains around them. 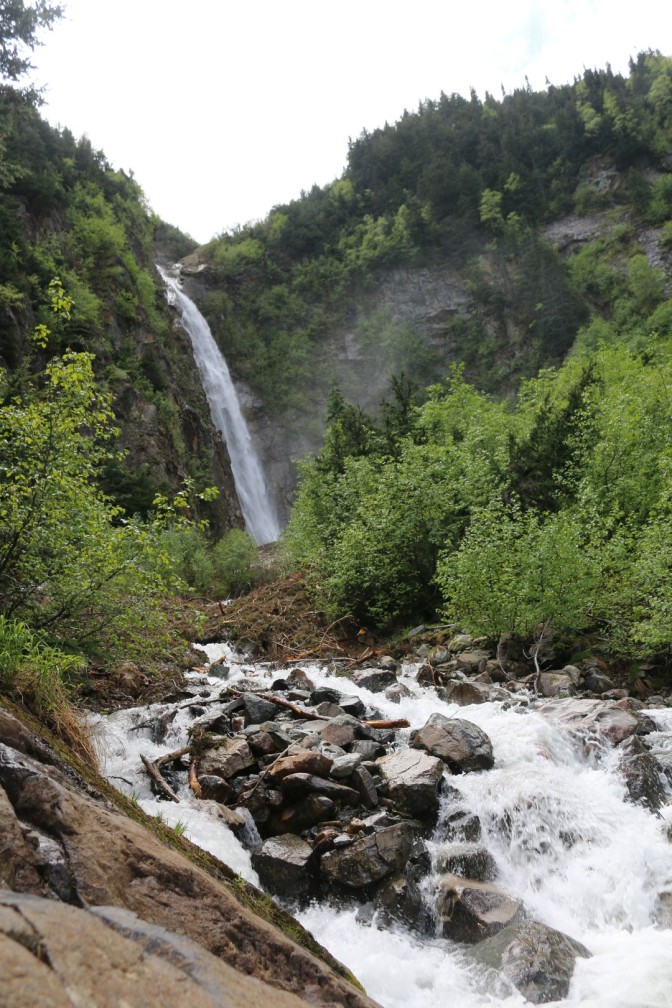 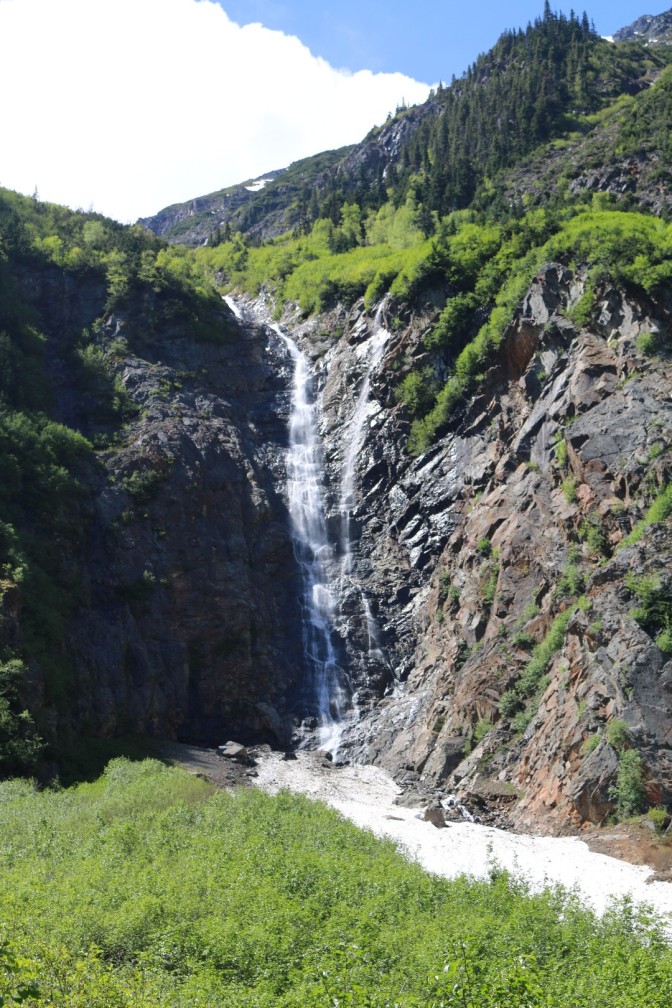 We attempted the trail to Glacier Gulch, but only made it part way up. A combination of me not feeling confident in my ability to pull myself up (but mostly back down) an exposed and very slick-in-the-rain rock ledge and knowing that there could be some very steep and deep patches of snow to traverse near the top anyway caused us to turn around. But not before getting some pretty views along the way. (By the way, we learned that hiking a steep trail in a cheap rain poncho is NOT such a hot idea.) 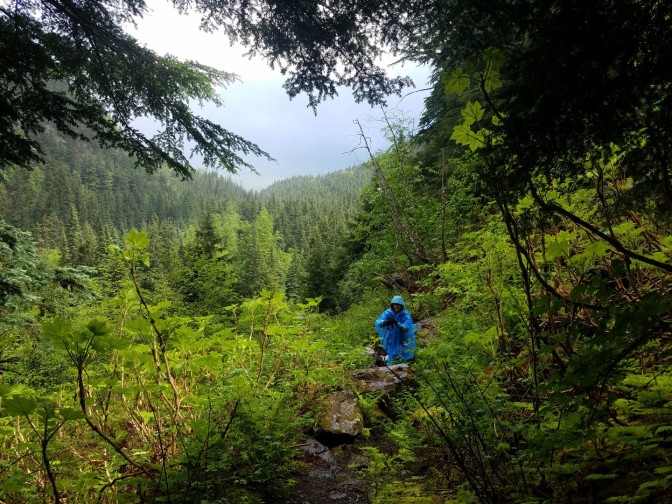 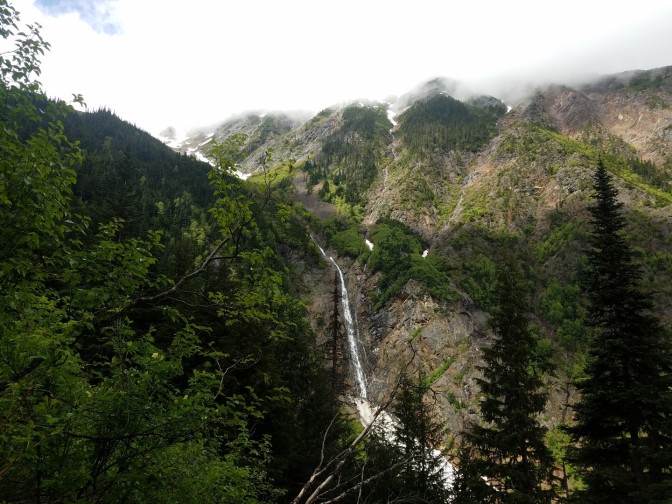 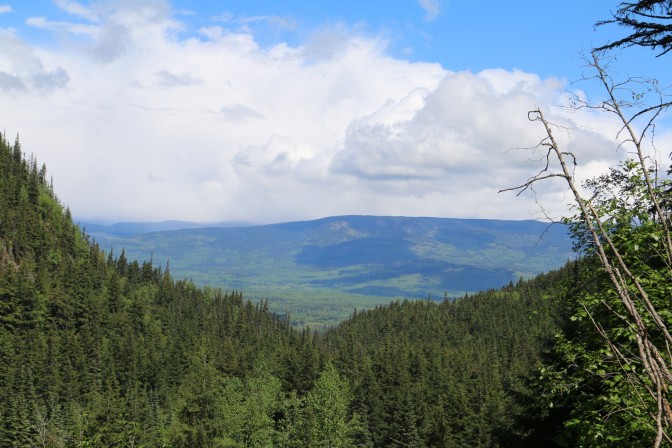 We did a short trail on a clearer day up to Malkow Lookout , which offered beautiful views of the surrounding area. 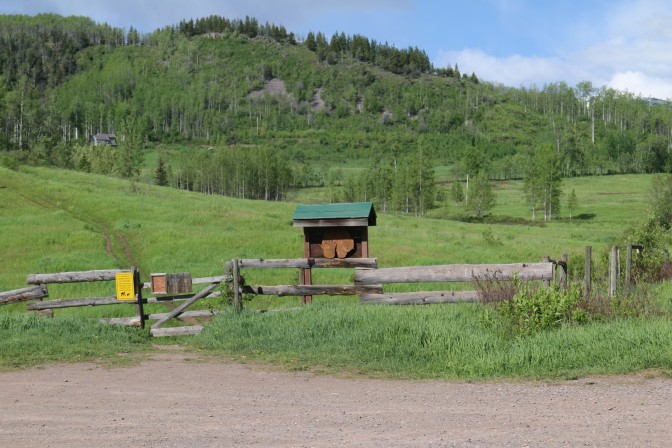 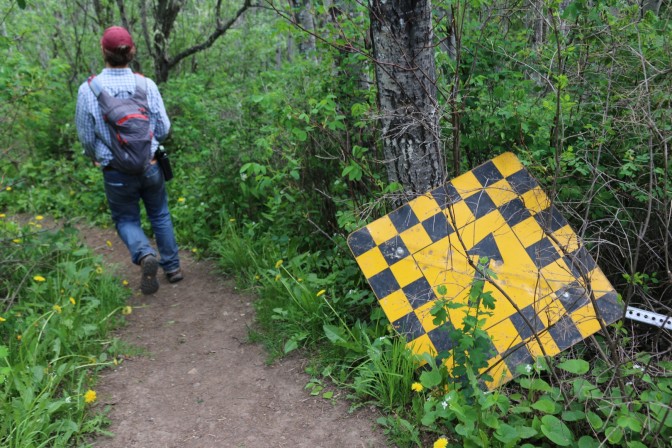 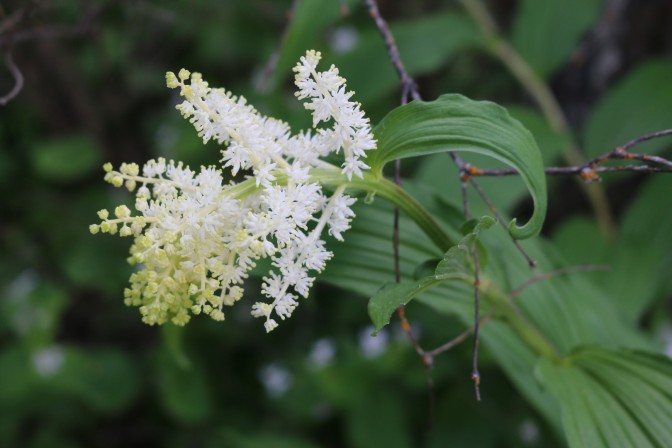 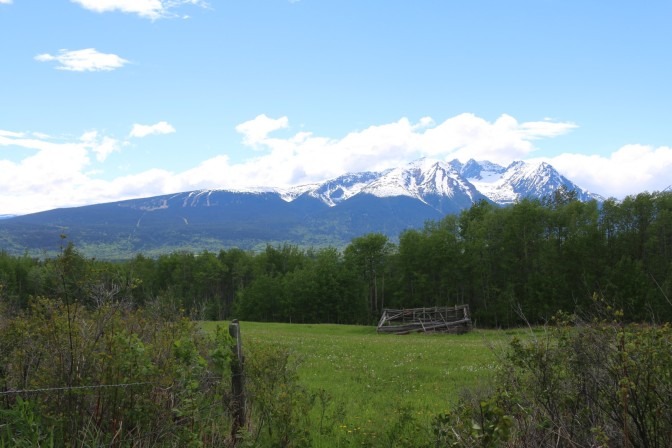 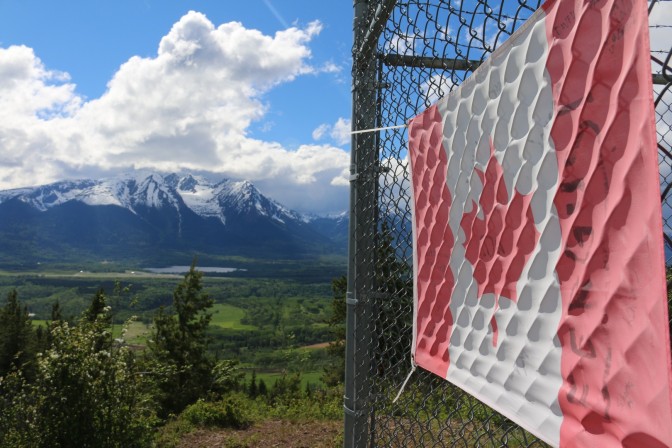 We were totally bummed that the Crater Lake hike in the area was still too snowed in because there is a PIANO near the summit! How cool is that?! Oh, well gotta leave some things on the bucket list, right?