Our first stop en route to Alaska across the Canadian border was the town of Whistler, British Columbia. Most known as a ski resort town that recently hosted part of the 2010 Winter Olympics, it is a lovely area also known for hiking and a plethora of other outdoor activities. We stayed at Cal-Cheak Recreation Site, the first of many inexpensive government campgrounds we were to find across Canada (and that were well marked from the major highways). We think we got the best site (4) where the soothing sound of river rapids was so loud, I’d think we were back camping on Surfside Beach, TX!

While a lot of the amazing sounding alpine hikes still required snow shoes in late May/early June, the area still had a good amount to offer.

To start, the drive up 99 was gorgeous. Appropriately named the Sea to Sky Highway, it begins by skirting the city of Vancouver, with sweeping views of the Strait of Georgia and Vancouver Island, climbing all the way up to alpine climate where beautiful snow-capped peaks seem to welcome you to British Columbia from the road. Did I mention there are also tons of waterfalls casually sitting next to the road? This one could have been a central attraction where we’re from, but it was just an unmarked part of the landscape here…

How did this train get here?!

A short trail not far from Cal-Cheak leads to a freight train wreck that had derailed from nearby tracks and landed in the woods. Quite a sight to see, especially since it was covered in graffiti and street art. 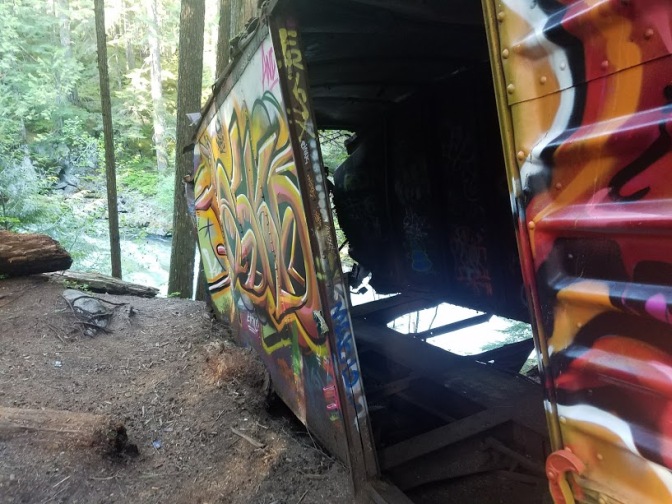 A provincial park is dedicated to this 100-foot plunge into the Cheakamus River. A short stroll takes you to a couple of overlooks of this pretty fall and more views of the surrounding landscape.

This trail was about four miles out, four miles back through the woods and along the banks of deep blue Cheakamus Lake. Though the trail could get a little repetitive and there were a lot of fallen trees to get around, wanting to see a different perspective around each corner kept us going until the end, which was a conglomeration of backcountry campsites. (We continued to be impressed by Canada’s public parks, as each campsite area seemed to have an outhouse and food cache!) 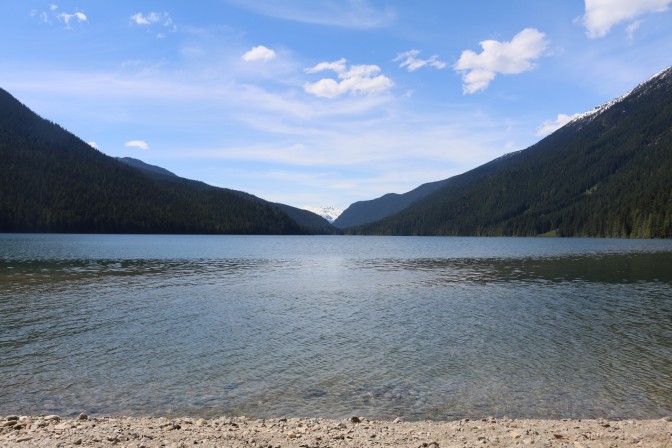 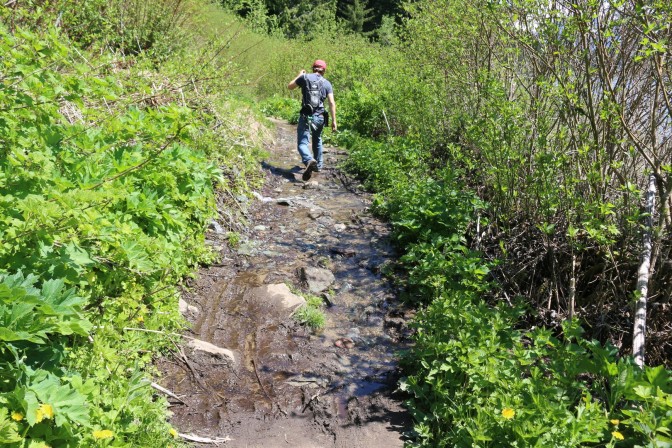 Up next was the impressive Joffre Lakes hike, an hour north of Whistler…stay tuned! 🙂