At this point in our travels, we had just spent several weeks in the captivating deserts of southeastern and central Utah. As we headed north into the “land of milk and honey”, we realized just how diverse a state Utah is and how different it is as you go north (and I thought North and South [New] Jersey were different!). We had noticed a little agriculture in the region around Capitol Reef National Park, but it was nothing compared to the lush greenery and gorgeous snowcapped mountains we encountered here. Our stop at the Sandy, Utah Walmart made us think the locals might just have the most scenic errand runs ever. 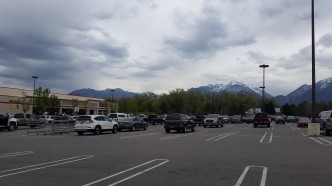 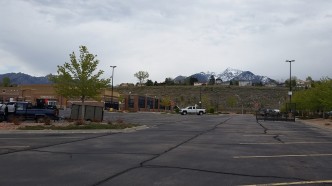 P.S. The Starbucks near the Walmart does not have reliable wifi! We came here specifically to use it but it was completely down and the employees told us that this was common because of interference from the mountains. Guess that’s the price you pay for scenery…

Our one stop in Northern Utah was Antelope Island State Park, which is located forty minutes north of Salt Lake City, but feels worlds away. We’d heard positive things about it, but it honestly exceeded our expectations by a lot, especially with being so close to a major city. I think we even enjoyed this park more than a few national parks we’ve been to, despite being a bit chilled out by weather in the 30s and 40s Fahrenheit during our stay.

Set on the Great Salt Lake, the entrance is tucked away unassumingly in a suburban neighborhood and you can’t really see much of it until you come upon it. Once you reach the entrance, it is several miles over a bridge and down a spit to really get into the park, which contains multiple campgrounds, over forty miles of trails, various wildlife, and an historic ranch. 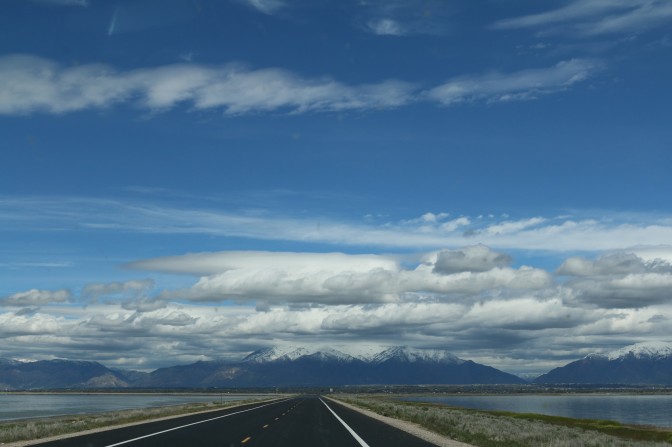 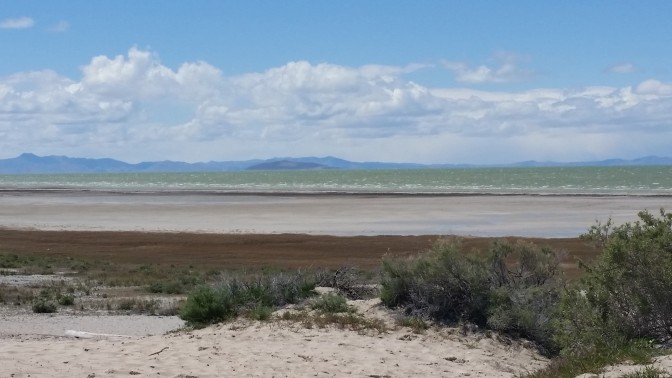 We stayed (or were actually placed by the gate attendant) in the Bridger Bay campground, which I believe was the most RV friendly, size wise (no utilities). It had beautiful views of the nearby mountains in all directions, overlooked the glassy waters of Great Salt Lake, and buffalo roamed in and out of the campground throughout our stay. For $15/night for the first night and $12 each subsequent night, it felt like a steal. Sites are reservable there, but we were lucky to find a site that was open for a few weekdays. It’s very much a weekend park. 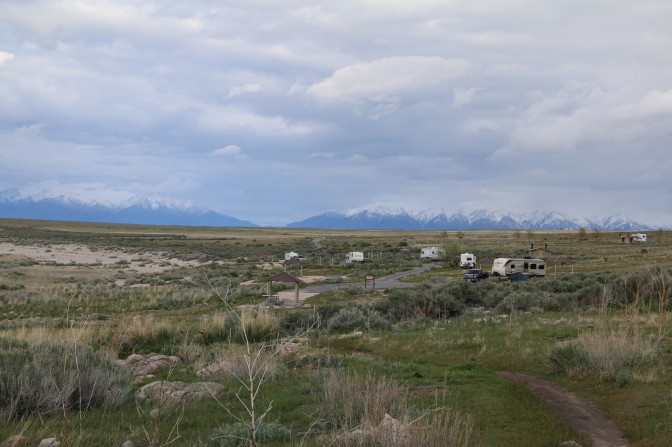 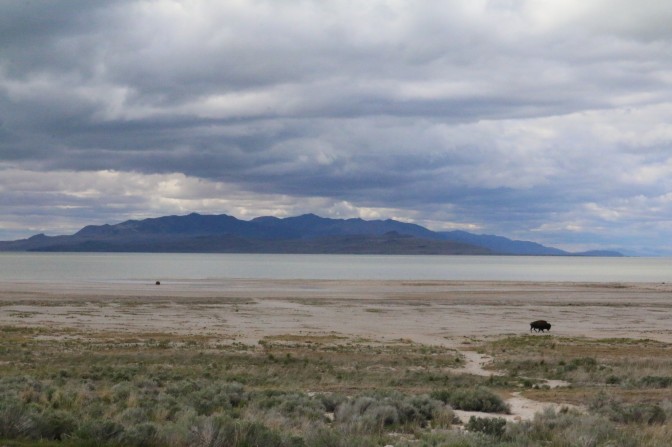 Our site backed up to the trailhead for the 2.8 mile out and back lakeside trail, which I took as a rare solo evening stroll. Let me tell you, I hadn’t experienced serenity like this in a while, maybe ever. The scenery was stunning and as the trail curved away from the campground, it was just me, the mountain-backdropped water on one side, green hills on the other, a light, cool breeze, and one lonely buffalo off in the distance. So close to civilization, yet so far away. 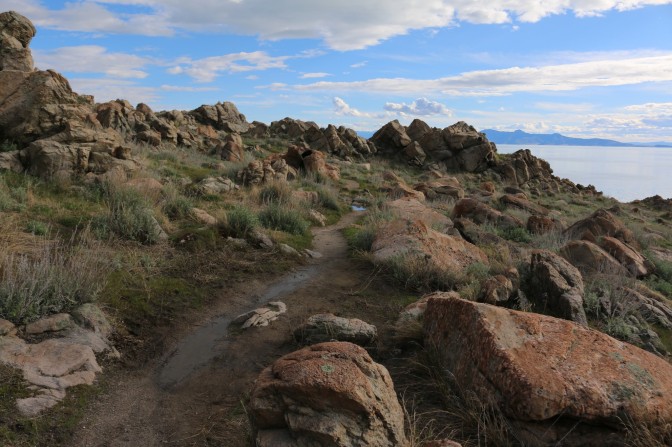 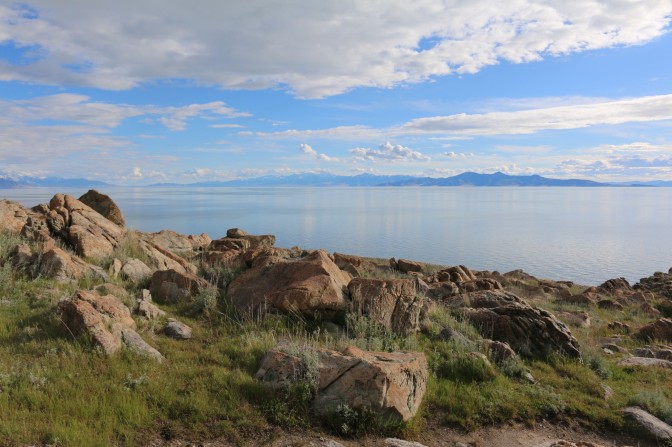 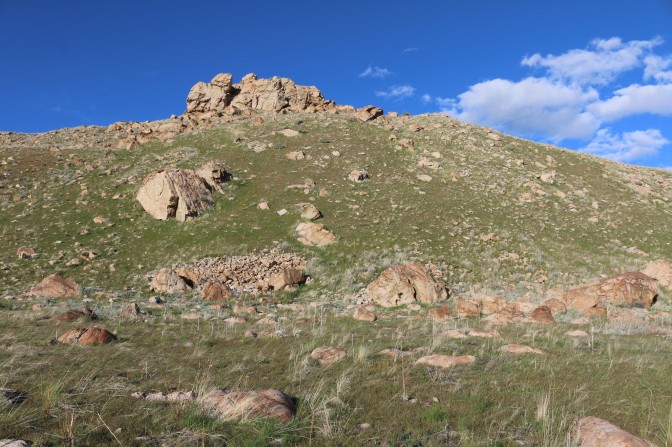 During our stay, we also took the trail out to Elephant Head. A gradual elevation gain over several miles of wide open trail led us to the spur for Elephant Head lookout, high above the lake and surrounding foothills. We had actually meant to take another part of the trail, but were glad we did this one. The knats the park is famous for got pretty bad at times when the wind wasn’t blowing but it wasn’t too terrible until the last stretch back to the parking lot, and the views made it worth it. 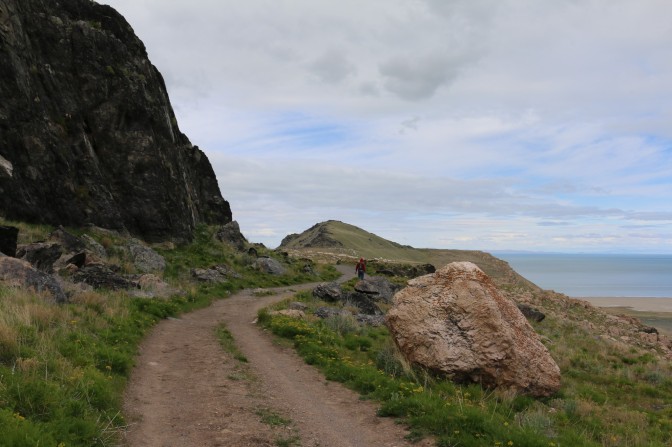 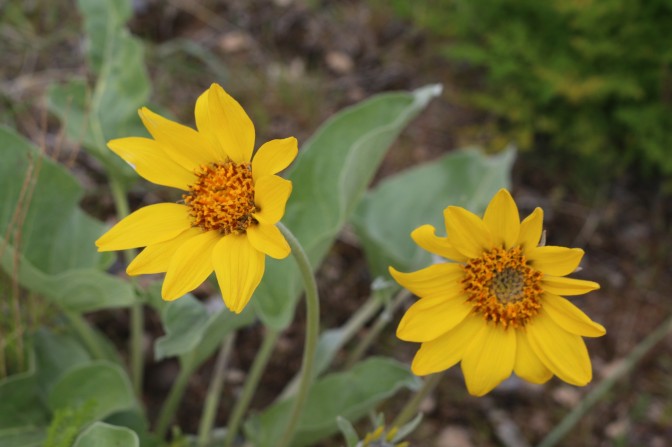 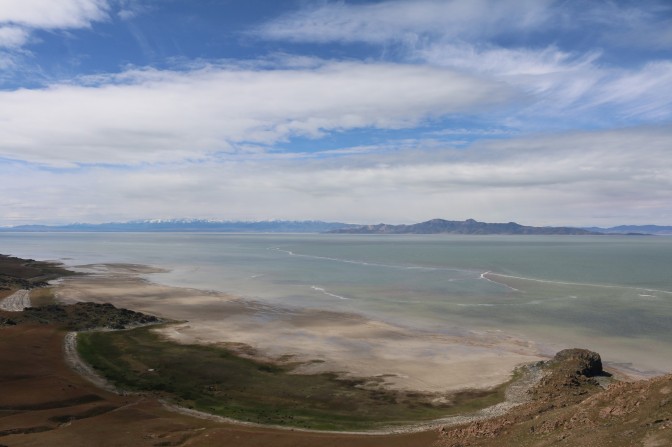 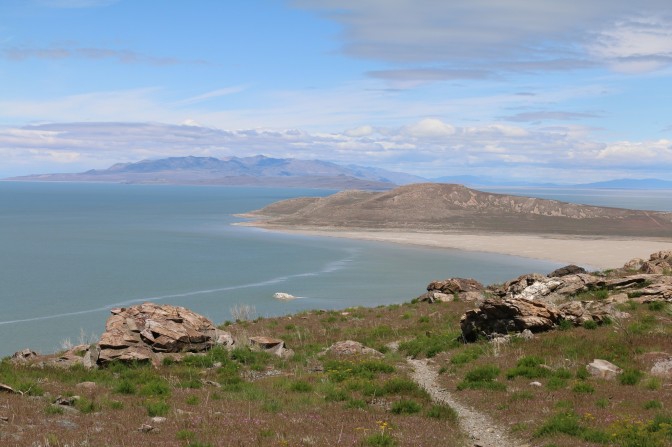 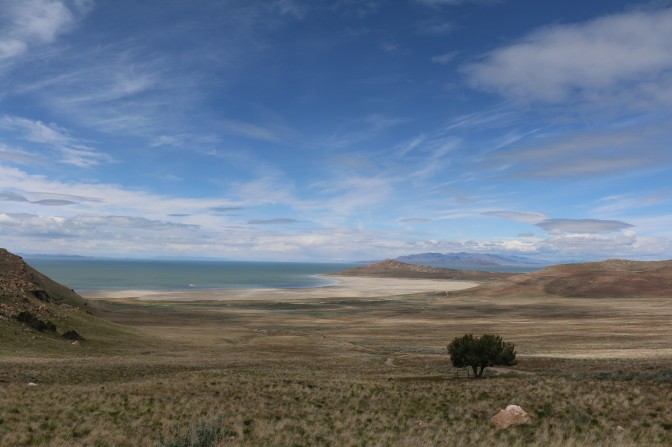 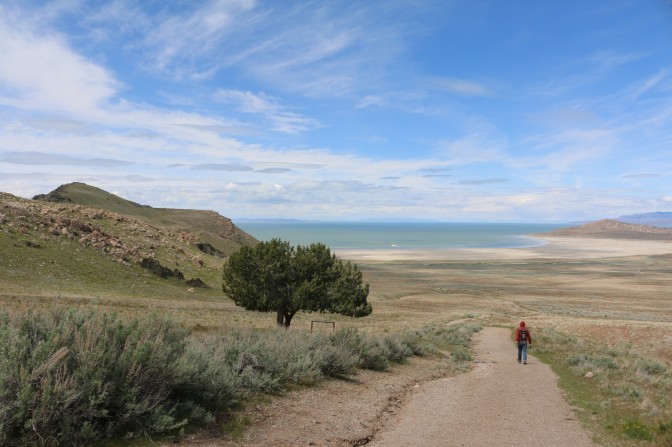 We attempted to start the more strenuous and popular Frary Peak trail, which has great vistas at the top, but with harsh winds and temperatures in the 30s F, we just weren’t feeling it at the time. We hope we can make it back there someday to do it!

Overall, we would highly recommend Antelope Island as a stop in the Salt Lake City area and once again feel lucky that we were able to spend some time at a place we wouldn’t have been too likely to get to otherwise. We love Philadelphia, but wish we had a place as grand and peaceful to retreat to as close to home as this metropolitan area does!

3 thoughts on “A Retreat Outside of Salt Lake City: Antelope Island State Park”