My preconceptions about Death Valley prior to visiting were that it was a pretty barren and bleak – if not boring – place. Known for unearthly hot temperatures, vast expanses of salt flats and sand, I felt like we should see it but had low expectations. I thought maybe we’d stop off for a day or so. Had I done my homework prior, I would have seen what an amazing variety of natural wonders and attractions it really holds that one can barely fit into a week, let alone a day or two. As a result,  Death Valley was one of the best surprises of our trip for both of us – even John, who was the one who really pushed to see it.

Some of our previous posts covered our images of the vast salt flats of Badwater Basin, our four-wheel drive through Titus Canyon, and our hike through slick and colorful Mosaic Canyon. This post is a conglomeration of some of the other attractions we saw in Death Valley that were fairly quick stop offs but that we just couldn’t bare to not share.

One of the most famous attractions is Zabriskie Point. Serving as the backdrop for several pop culture works, including the cover of U2’s album, The Joshua Tree, it is a breathtaking overlook over part of the Amargosa Range, which was formed by erosion from lakes that once stood there. To get to it, there is a small, steep hill to climb from the parking area, but the views are way high and expansive. 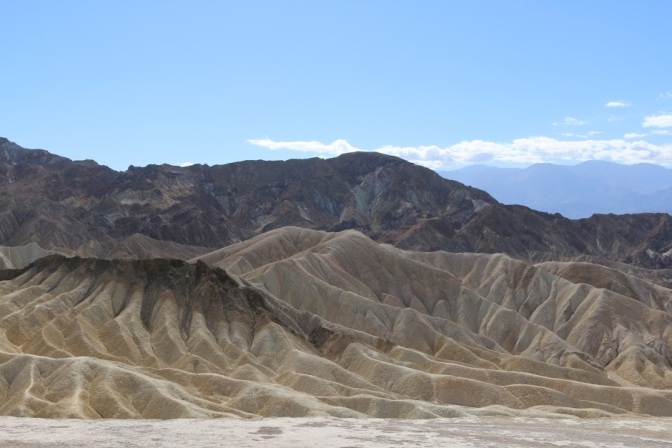 Artist’s Palette was another relatively quick stop around sunset that was met with a short drive on Artist’s Drive and climbing another small, steep hill in blustering winds for some more views of this colorful badland formation. 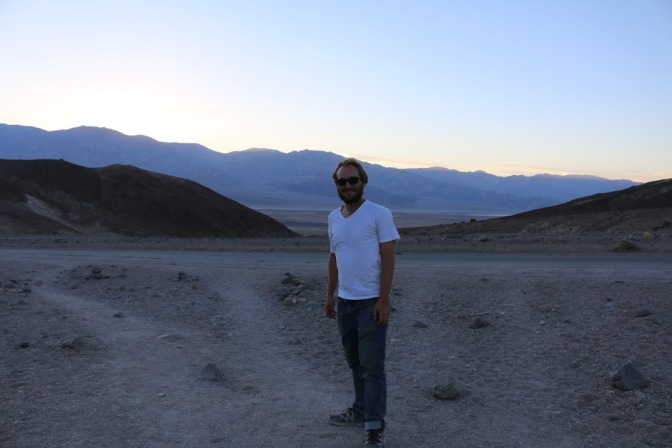 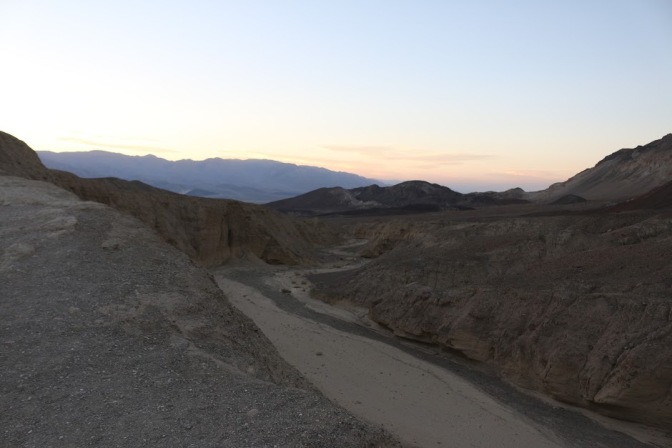 The sand dunes were another stop that we wound up making at dusk as they are most photogenic when the sun is low in the sky, casting deep shadows on the ripples in the dunes. It was refreshing and fun to just take our shoes off and wander around the dunes for a bit. Have I mentioned that I love this park? And I don’t even like the heat! 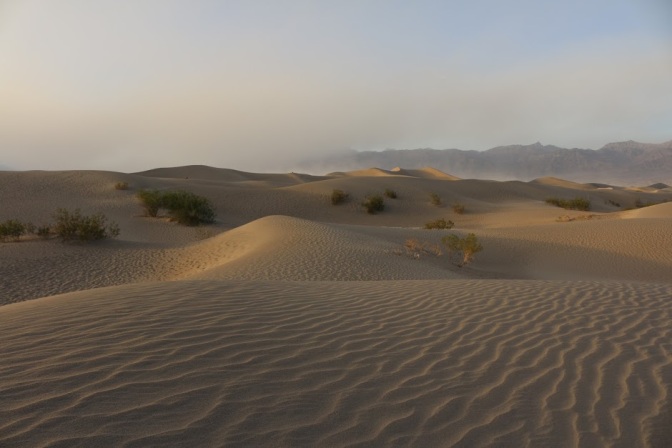 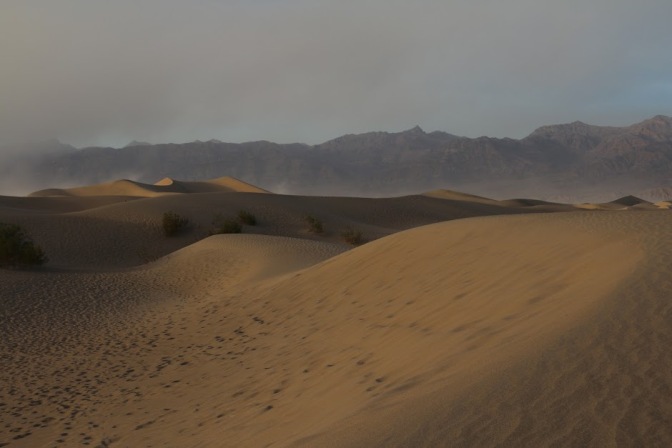 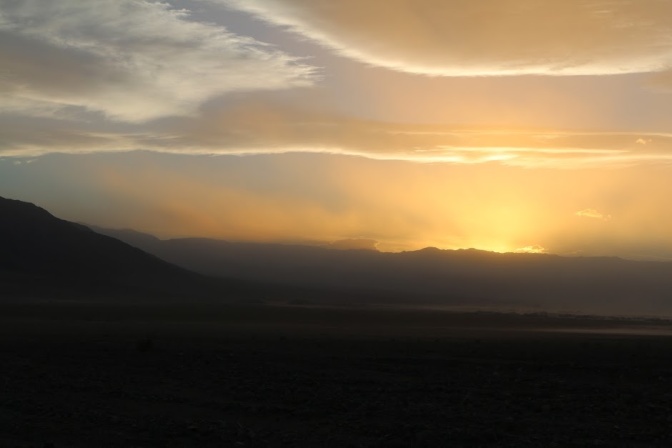 Last but not least, on a night we didn’t feel much up to cooking, we decided to follow a tourist trap sign in the center of the park promising Timbisha Indian Tacos down a small dirt road onto some reservation land located nearby. The good reviews online drew us there despite the stark looking building it was contained in and our usual aversion to food sold in the middle of nowhere where you’re likely to be gouged. Inside was just as stark. Lit with bright florescent lighting, only a few folding tables and chairs were arranged on a white tile floor very school cafeteria-esque. Their menu pretty much consisted of shaved ice (this is another regional culinary difference we were reminded of while traveling, as we’re spoiled with real Italian and Polish water ice back home) and “Indian tacos”. “Indian tacos” basically consist of taco toppings on top of fry bread – a Native American recipe of fluffy, buttery fried dough that melts in your mouth. We ordered one a piece for $8 and were glad we did! They were more than enough to make a meal out of and oh so delicious!

So there you have it – just a few more things we did that rounded out our trip to Death Valley, and made it a park to remember!