I had wanted to see San Francisco for a good number of years. Even though we’ve come to dread city visits a bit on this trip as we can’t typically camp too close to cities (at least for a reasonable price) and traffic is sure to ensue, we really tried to make it work. Finding the Anthony Chabot Family Campground and State Park made it a slightly easier decision as it was well-reviewed and a reasonable drive to the Castro Valley BART train station into the city.

We were highly satisfied with our no hookup campsite that overlooked a lake and the lights of Castro Valley at night, which felt like the quintessential California night time view.

Parking at the BART station was extremely competitive on a weekday morning, so we wound up parking on a side street along with the locals (about a 10 minute walk). The train worked well otherwise though, and was certainly easier than driving into the city.

We stopped to see as many popular sights around the city as we could in our two day trips, with a combination of walking, train rides, and Uber trips to save time.

As follows are a summation of the famous sights we were able to see in this short time:

The most famous row of houses in the city, named so because of their Victorian style and for using three or more colors to accentuate the architectural nuances. Alamo Square Park across the street was under construction, so I was a little disappointed that I couldn’t get a photo where the Full House theme song ends, but it was still cool to see… 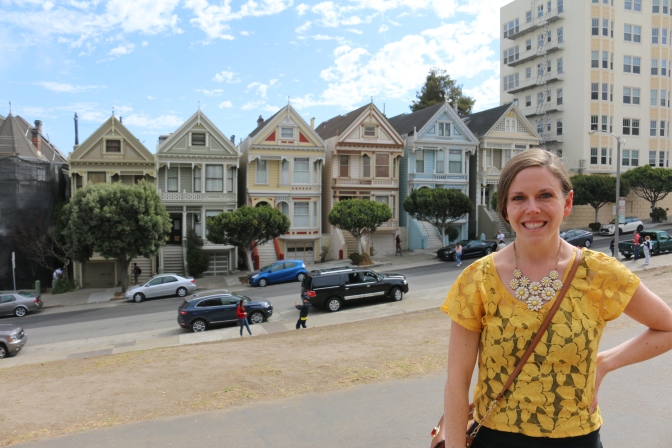 A trip to San Fran wouldn’t be complete without seeing the infamous “international orange” bridge that is usually cloaked in a fog. We walked about halfway out, an accomplishment for me with a fear of heights, and were able to appreciate the features of the bridge and views of Alcatraz and the Golden Gate Strait from a whole new perspective. We would have walked the whole distance and had lunch in Sausalito had we had the time! It was also very cold and windy up on the bridge, even in September, despite it being warm in the rest of the city. It didn’t keep walkers or bikers away, however, as the bridge was packed with pedestrians. The bridge itself is an architectural achievement, being the longest suspension bridge up until the 1960s, at about a mile and a half long and its pillars standing at about 700 feet tall. Though when we drove over it to go to the Muir Woods, the breathtaking scenery made it feel much shorter! 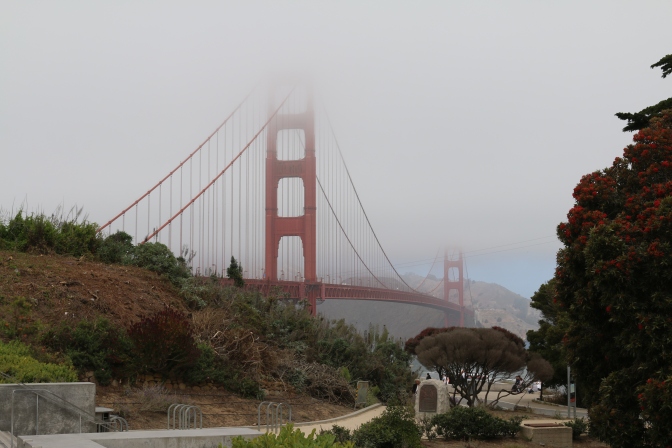 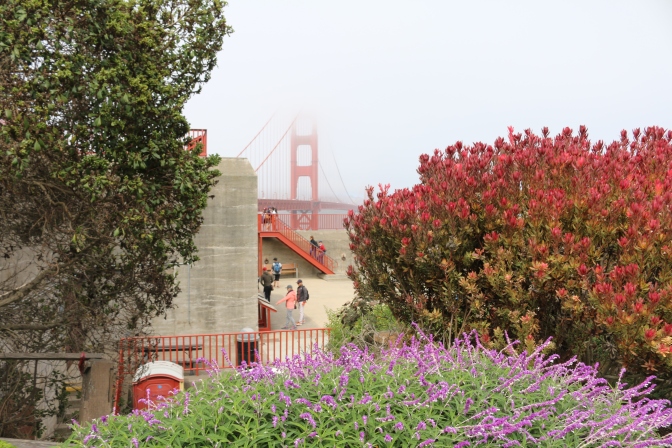 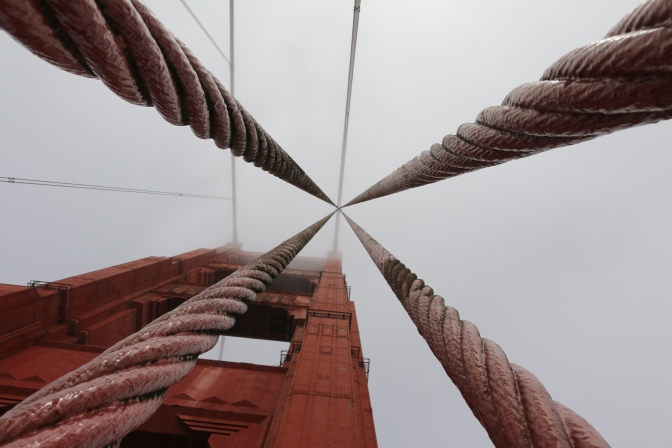 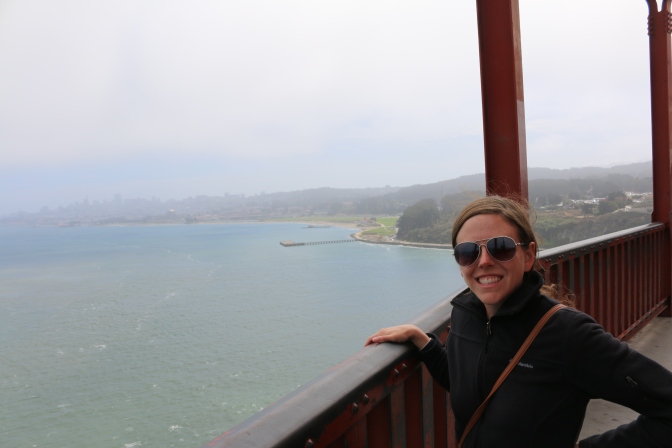 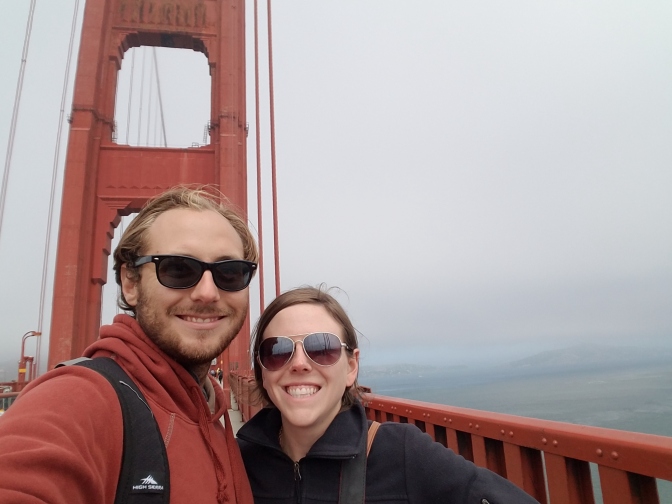 A pretty shopping square downtown where a chocolate factory indeed used to stand. Several chocolate stores still remain, one in which you can watch them roast and mix some of the chocolate. They also have ice cream bars in them where you can order delicious looking sundaes, even if they are a bit pricey at around $12/piece.. 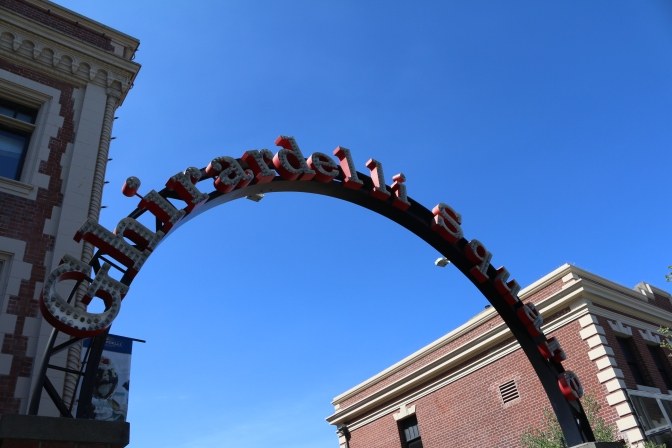 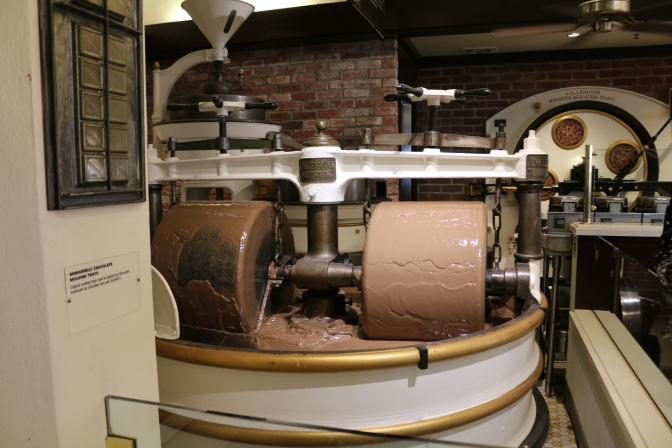 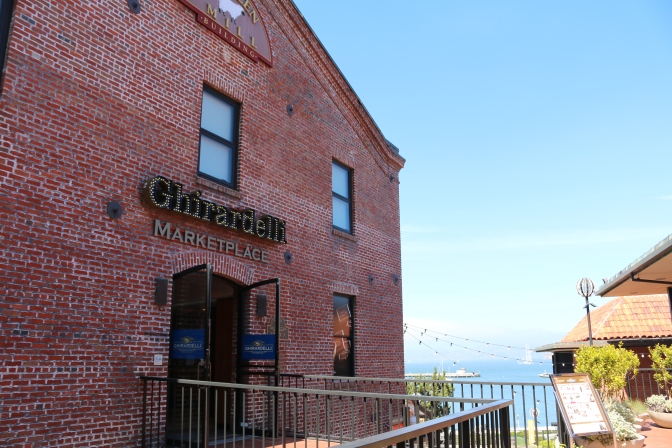 Few trips to San Fran are made without seeing the “crookedest street in America”. It was a bit of a climb on foot to get to it as it descends a good several hundred feet in the span of a block. Though knowing that it was purposefully built this way takes away from it a little bit, it was still a sight to see, and we definitely heard a good number of screeching brakes as cars navigated down its steep, tight turns. A pedestrian set of stairs allows onlookers to walk down the street while watching the cars go by and taking in the water views in the distance. 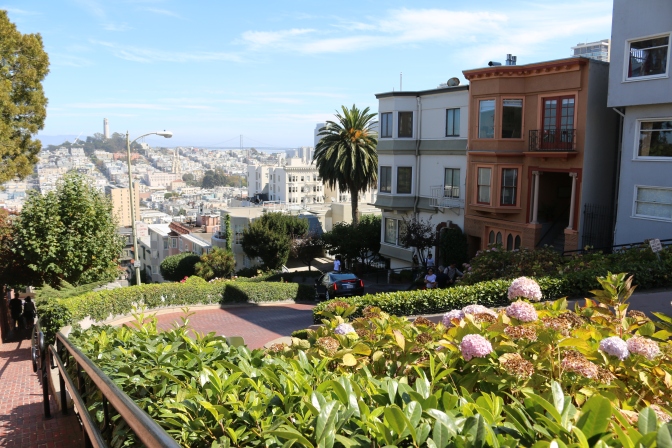 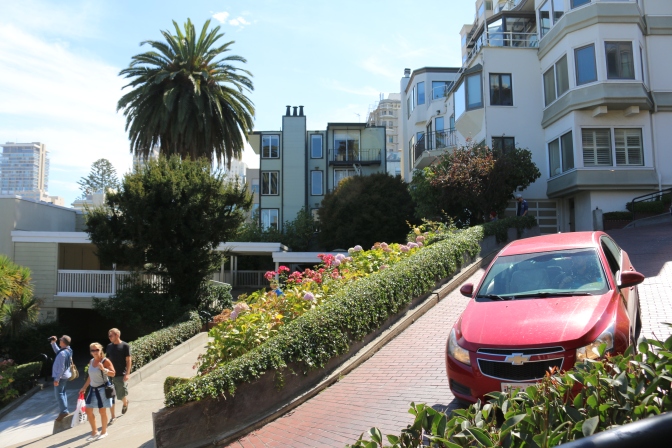 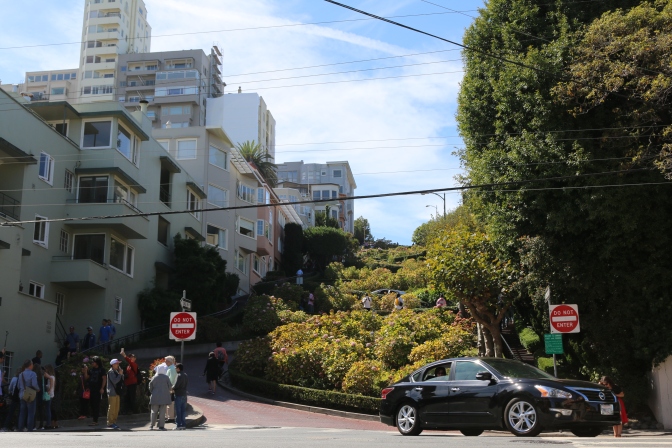 A large neighborhood and shopping/tourist area by the water that once served as a fishing community, not surprisingly. It stretches from approximately Ghirardelli Square to Pier 35. It is a busy area with shops, entertainers, and restaurants galore, as well as piers for cruises to Alcatraz and around the Strait. We even got to try In’N’Out Burger for the first time here! 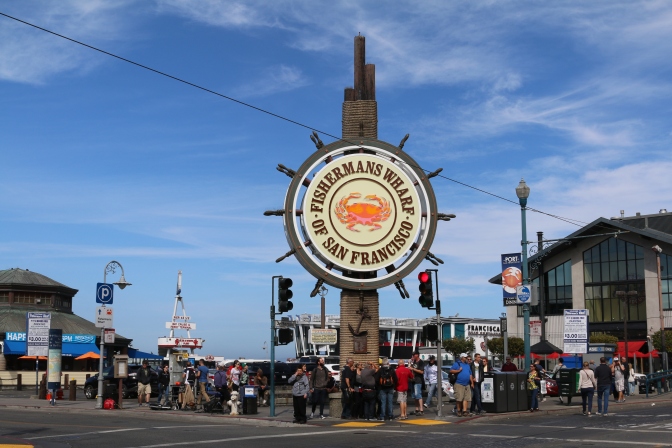 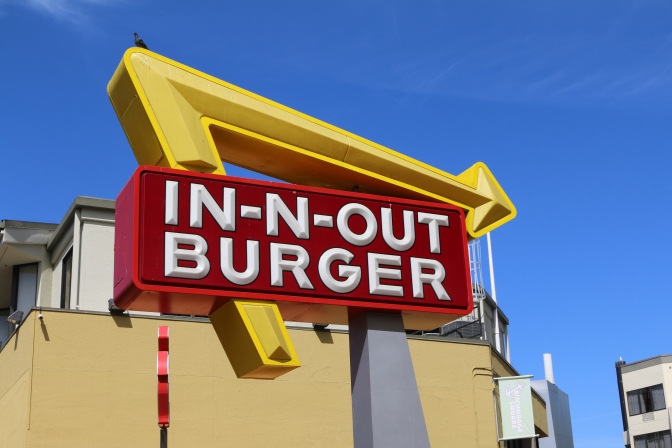 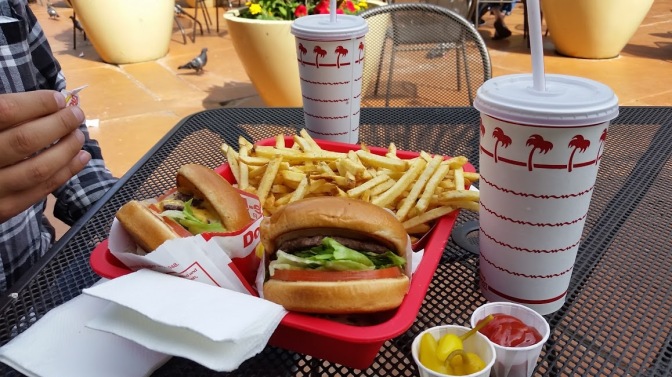 You can read more in detail about our visit here, but we were able to get tickets through Alcatraz Cruises the day before we went, despite others scaring us into believing that you have to reserve weeks in advance. Perhaps it was because it was a weekday in September, but we were glad nonetheless since John had wanted to go since he was a kid. A beautiful, if not chilly, boat ride over, we were able to explore this historic prison island for several hours. It is something not to be missed! 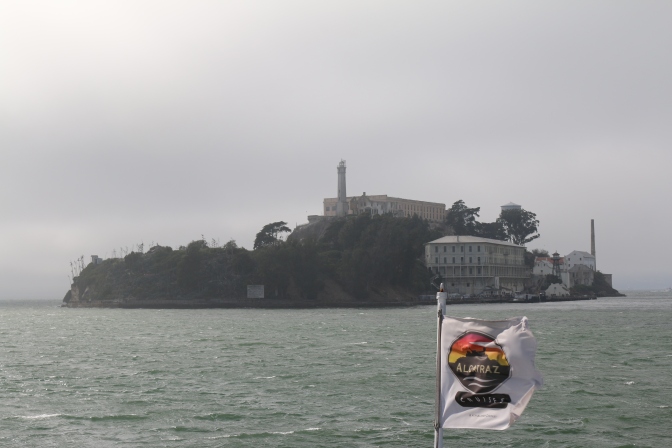 One of our favorite attractions in the city was the view of the entire city from Twin Peaks, which we drove to (there is a small parking lot at the peak). We hiked the additional 100 feet up, but to be honest, the views were better from the parking lot. And they sure were amazing! 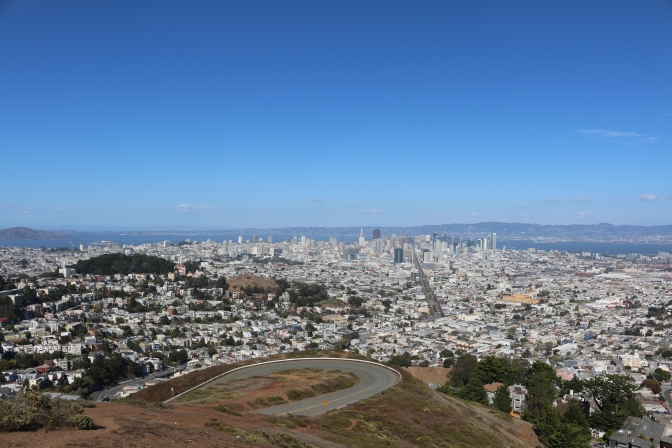 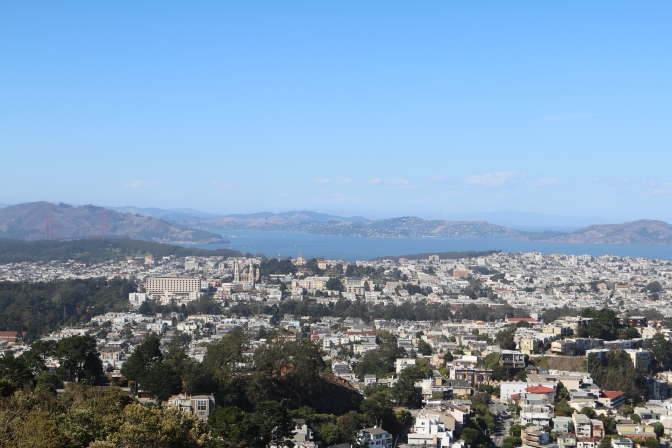 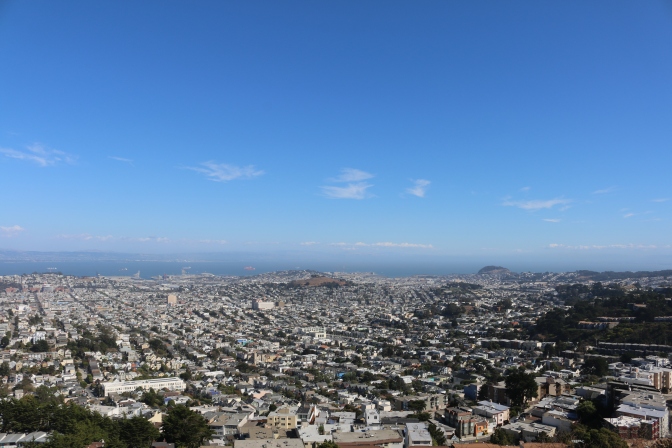 This district and the corner of these two streets represent a neighborhood that burgeoned with all that encompassed hippie counterculture and musical figures like the Grateful Dead and Jefferson Airplane. The area today still heavily pays homage to this era with murals and memorabilia, and by remaining a bit off the wall. We thought of it as an extreme example of South Street in Philadelphia, with its bawdy shops and unfortunately still obvious drug use among some of its inhabitants. It was a neat neighborhood nonetheless with a lot of cool looking restaurants and shops, too, just a little rougher than I was expecting it to be. 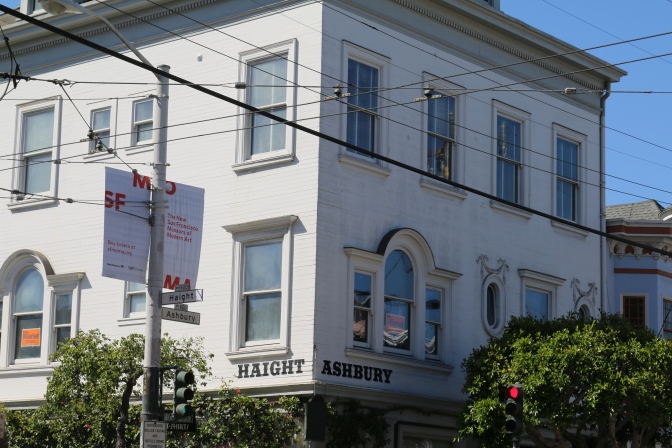 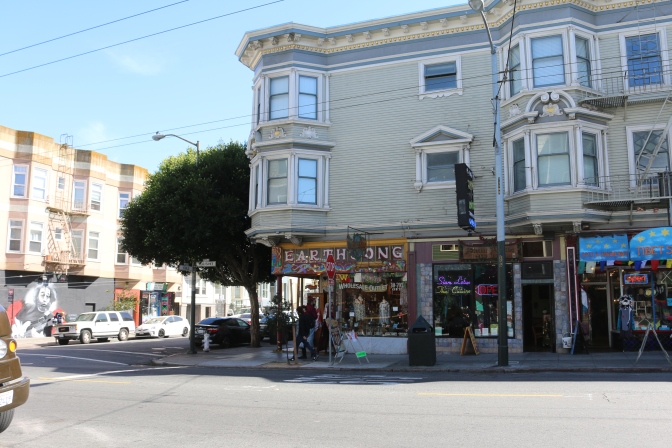 We crossed the Golden Gate to reach the Muir Woods National Monument for a few hours, which you can also read about here. It was crazy crowded near the visitor’s center and on the paved trails near the entrance. The woods were large and beautiful redwoods and douglas firs, but we  honestly couldn’t quite justify why it was soo crowded. Off the beaten path, though, it proved to be a very peaceful and beautiful forest. 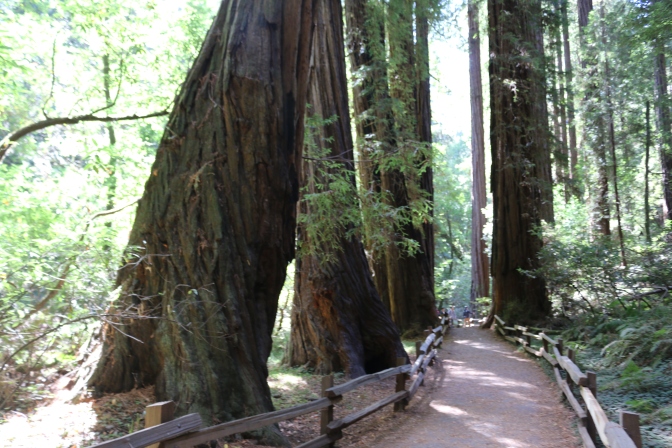 Last, but not least, some of the just plain beautiful sights around the city: 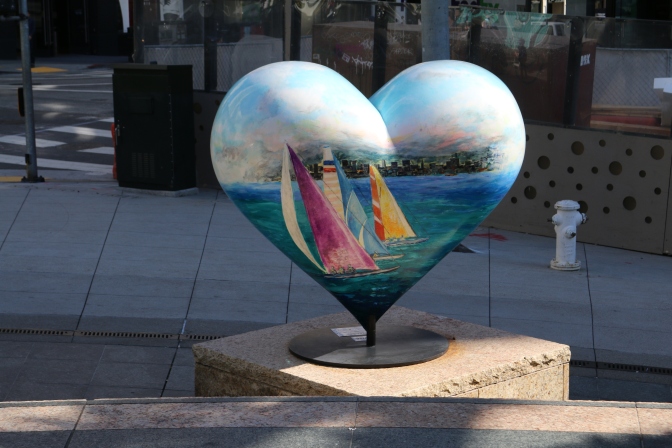 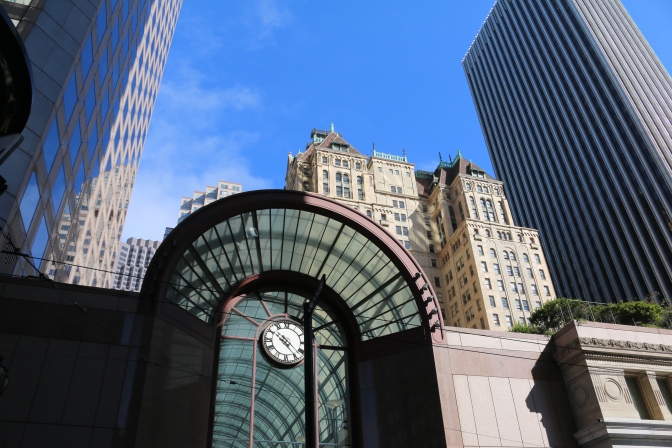 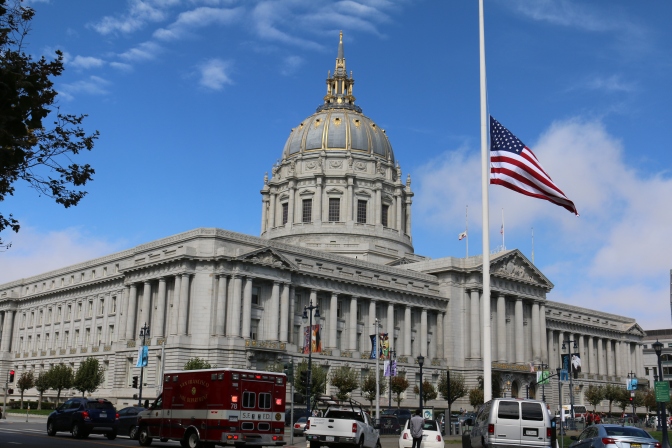 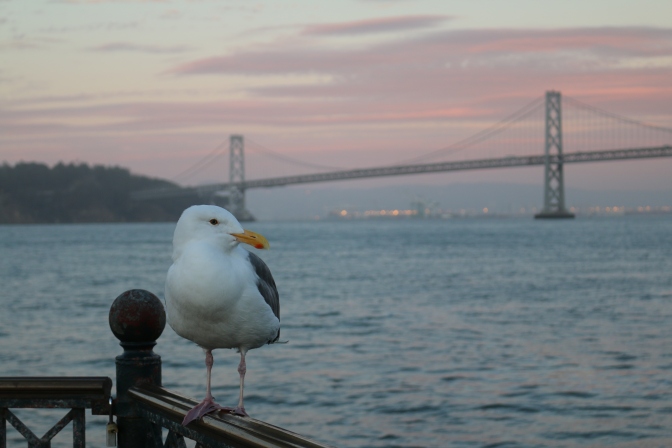 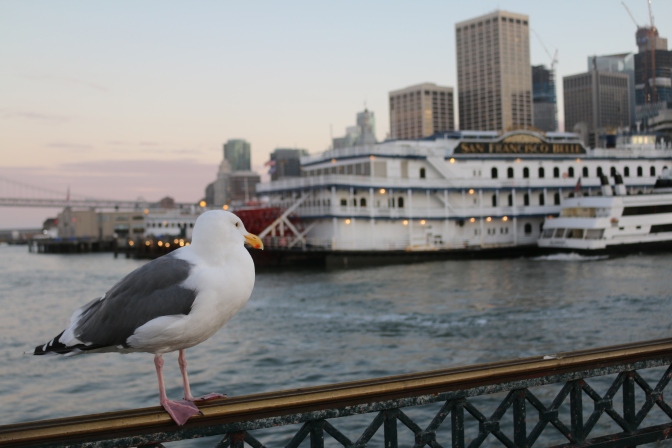 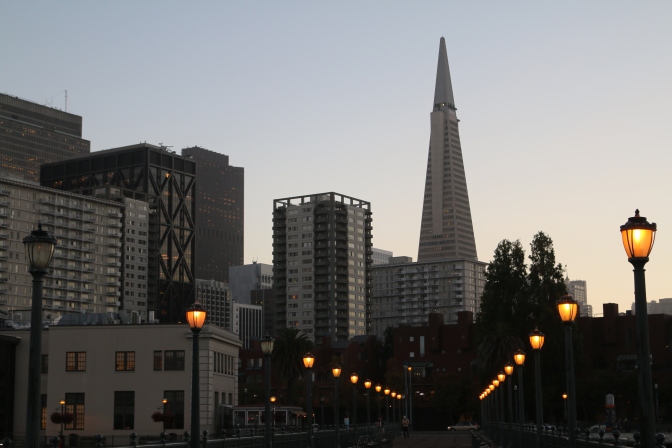 After our brief taste of this gorgeous city, it is definitely one that I want to return to explore more in depth one day!