Originally having planned to mostly drive down the coast of Oregon, we eventually changed our route to divert away from the coast after the Cannon Beach area because there was just so much more to see. After stopping in Portland, the Columbia River Gorge, Silver Falls State Park, the Evergreen Aviation Museum, and Smith Rock, we were ready to head down to Crater Lake National Park. Along the way though, we wanted to be sure to stop off  in Bend. It is a place you kind of have to be travelling through or go out of your way to go to, which is why one person’s colorful description of it as a “hip, young town full of travelers and adventure seekers”did not seem far off!

Aside from a few small old western towns like Sisters, Bend is fairly isolated and, comparatively, the largest town in central Oregon. Its biggest draws are to people who like the outdoors and BEER. There are a plethora of outdoor activity choices nearby, such as skiing, hiking, biking, rock climbing, golfing, and fishing, to name a few, and Bend has the highest number of microbreweries per capita in the nation with twenty-two (and a population of only 80,000), making it a beer mecca for many! The Deschutes River also cuts through town providing for a quaint waterfront walk lined with restaurants and shops, with the snow-capped Cascade Mountains serving as a scenic backdrop (small in the background here – sorry!).

The town also abounds with lovely landscaping and trees. 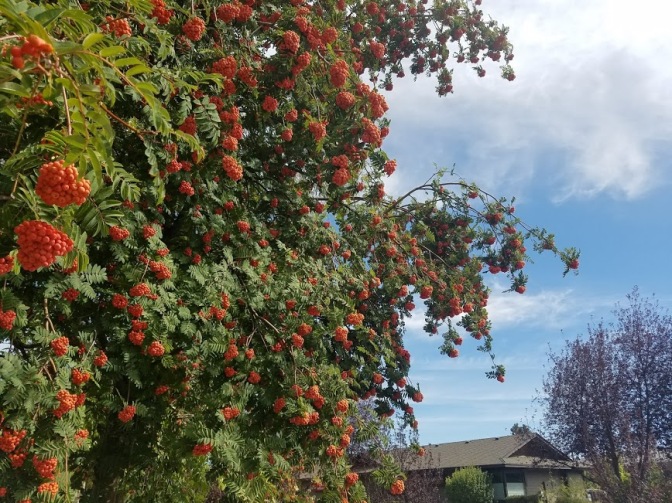 At an elevation of over 3,000 feet, Bend is pretty temperate climate, with moderately warm, comfortable summers, but with a good amount of snow in winter, which provides for their outdoor tourism.

In our September Oregon travels, Oktoberfests seemed to follow us. This sounds like it would be a good thing, but it really just made it impossible for us to get campsites. As a result, we wound up just passing through Bend, parking our RV at the movie theater during the day and walking downtown on foot. (A call to the Chamber of Commerce confirmed that this was really the only parking area downtown that would possibly fit big rigs – no RV specific sites, just a big parking lot. It had immediate access to the shopping district and waterfront walk; it was a longer walk downtown but allowed us to take in the town more fully anyway so we didn’t mind. Late that evening, we drove the half hour south to Gordy’s Truck Stop, which allows overnight RV parking, and where I took my first shower at a truck stop – pricey, but surprisingly nice!)

Though we wished we could have tried all of them, we were able to visit three different breweries during our visit to split flights and try out some of their food, as well as walk around their lovely and modern downtown.

Our first stop was Bend Brewing Co., where our favorite of our make-your-own flight was the raspberry sour beer and we had some impressive nachos, which I guess we were too busy devouring to get a picture of…

After a bit, we stopped at Deschutes Brewing Company, the largest brewery in Oregon. We had visited the Portland location a week prior (PLEASE get the chicken and waffles if you go to that location!), but as it started in Bend, we decided to give it another visit and get a flight this time. 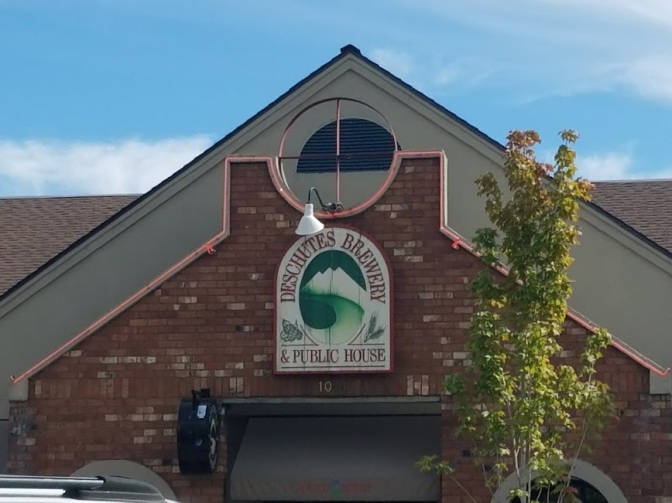 We then walked around the Oktoberfest as it opened its gates and got some delicious pumpkin gelato to drown our sorrows that we would miss the weiner dog races being held the next day. It seemed like a fun event otherwise, were we able to hang around!

Our last stop to 10 Barrel Brewing Company required a bit more walking, which was a good thing as it took us through Drake Park. It is a pretty little park surrounding the beautiful Mirror Pond, a man-made body of water created by damming the Deschutes River.

10 Barrel had a very cool setting, with an open porch, which clearly made it a popular choice on a nice night. Their standard flights also contained a whole ten samples rather than the usual six, and their pizza was thin, but very tasty. 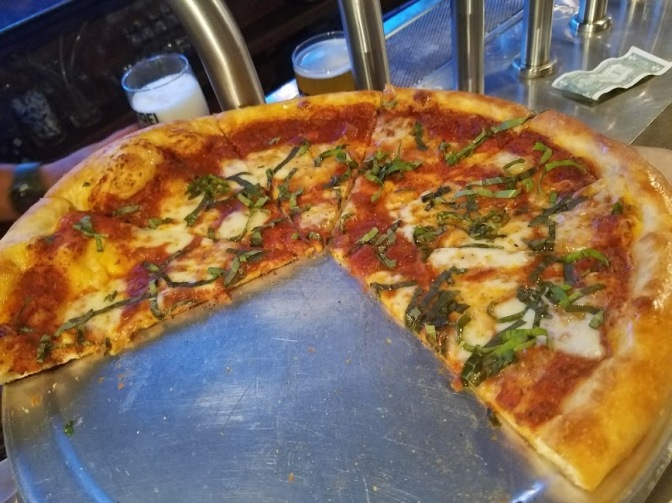 If you are travelling through central Oregon, and like craft beer, the outdoors, or even food or shopping, it is certainly worth a stop, if even just to boost your cool factor since it is such a well-liked town! Since it is pretty isolated, it seems to be best enjoyed with an overnight stop or even a few days, to explore Bend, the old West town of Sisters, and the natural wonders of Smith Rock or Pilot Butte State Park. A quick pass through for lunch could do, too, though if you get an early start. Whatever you do, just drive responsibly and plan ahead if you plan to go during Oktoberfest. 🙂

3 thoughts on “Bend: The Must-Stop Town in Central Oregon…Unless you don’t like beer, the outdoors, food, or shopping…”