Today, we started our hike at the String Lake trailhead and up to nearby Leigh Lake in Teton National Park. Approximately six or seven miles round trip, this hike took us past spectacular views of the Tetons, more eucalyptus fields, and up and down some inclines to get nice views of the valleys and lakes. It also took us along more of the water than the Taggart/Bradley Lake trail we had taken two days prior. Still a little buggy at parts, it wasn’t too bad, but I would recommend bringing bug spray along on any hike through the Tetons. I would also recommend bear spray and/or wearing jingle bells even when you don’t think you’d need it because you never want to take a chance on surprising a grizzly and her cubs! 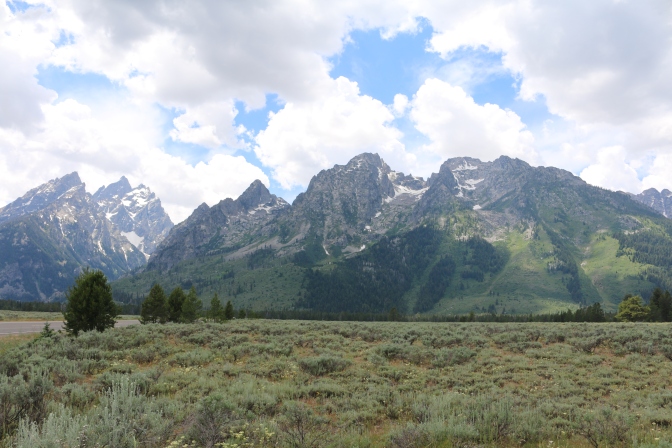 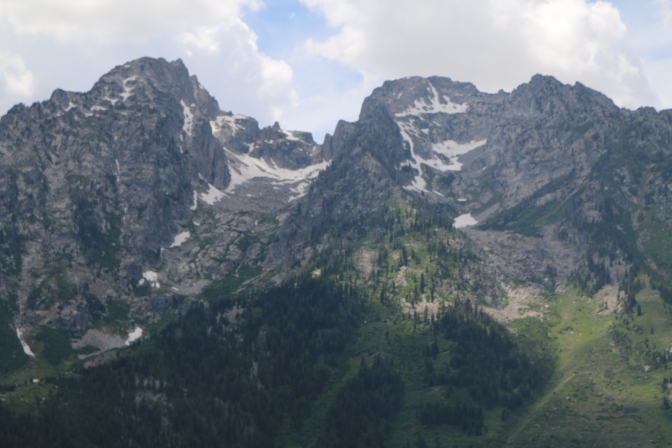 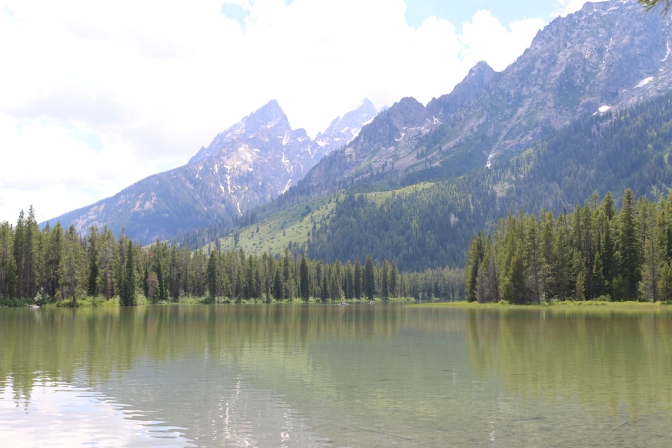 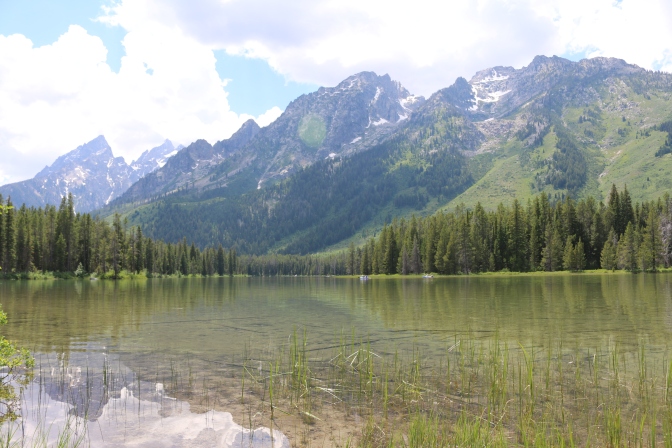 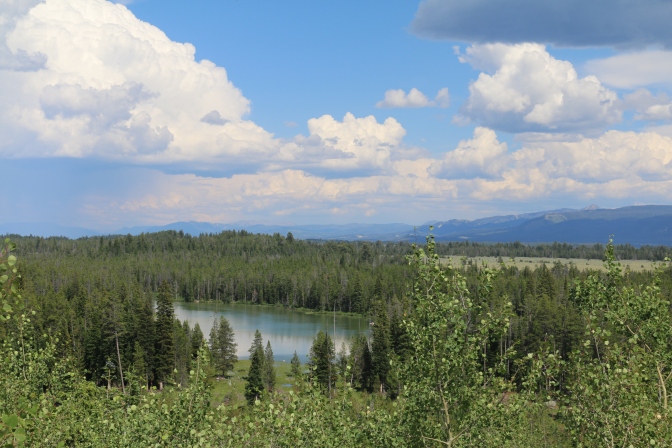 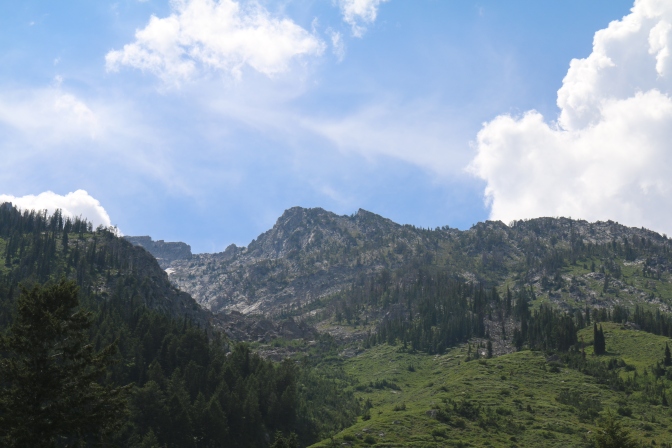 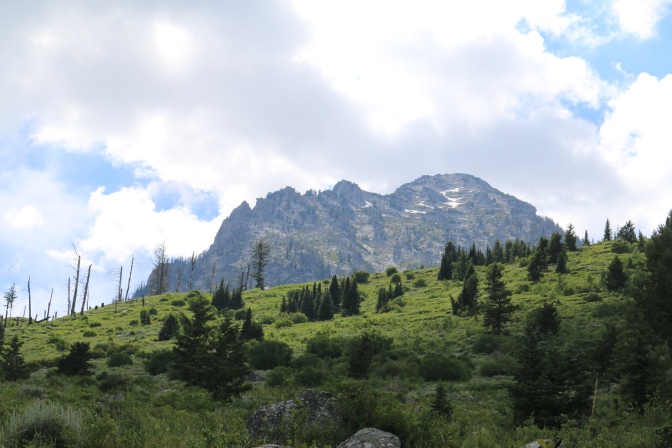 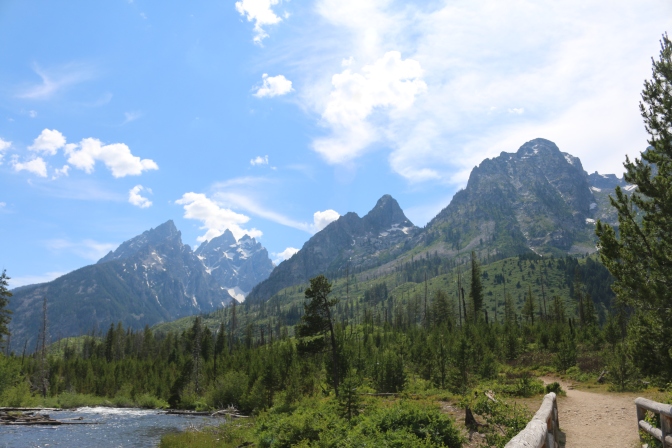 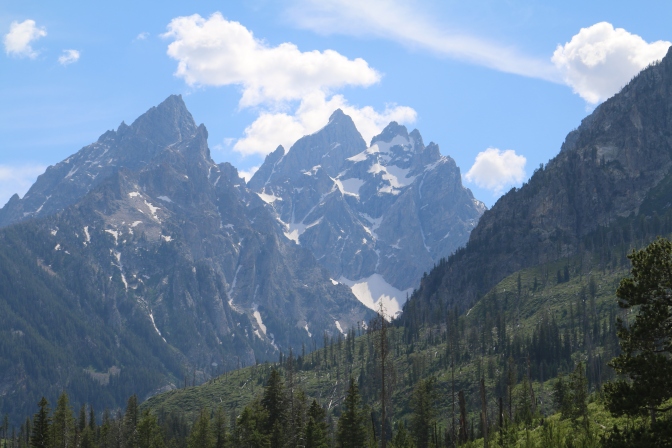 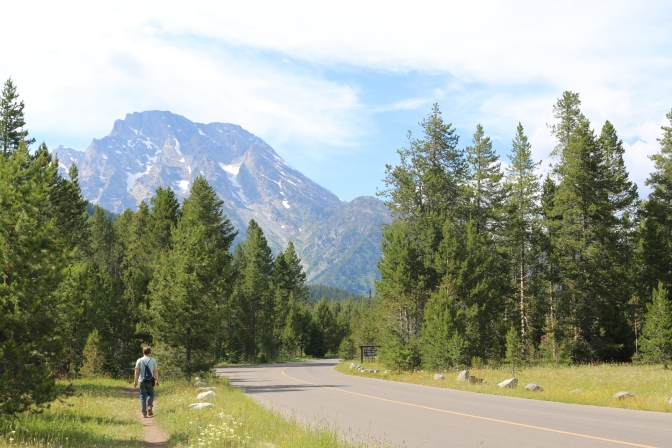 The positive of so many bees, there were even more pretty wildflowers along this route as well! 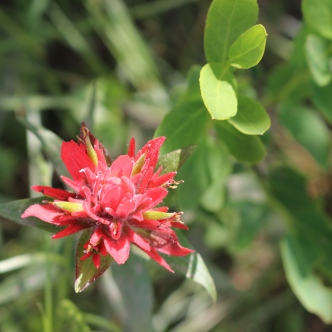 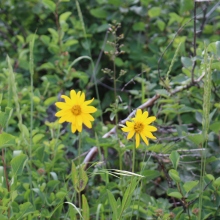 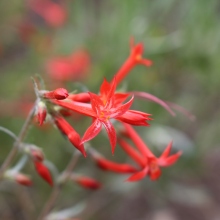 We saw many people out on the streams with their kayaks, canoes, and paddleboards along this route, but we weren’t equipped to transport them on our truck from the rental area. We debated taking another hike, but as storms seemed to be approaching, we headed instead to a nearby cabin resort where we could pay to take a shower. After going longer than I think I have ever gone without taking one (since we went from one campground to another without hookups or showers and it had not been terribly convenient time or distance-wise to get to any of the nearby shower facilities the few days prior), it felt like the best shower I’d ever had! There was a pretty cool loft, wooden ceiling above the shower stalls to boot.

Feeling clean, we headed back after another great day on the trails, made dinner and enjoyed yet another picturesque sunset. I feel like a broken record, but am certainly not complaining about seeing a show in the sky every night.. 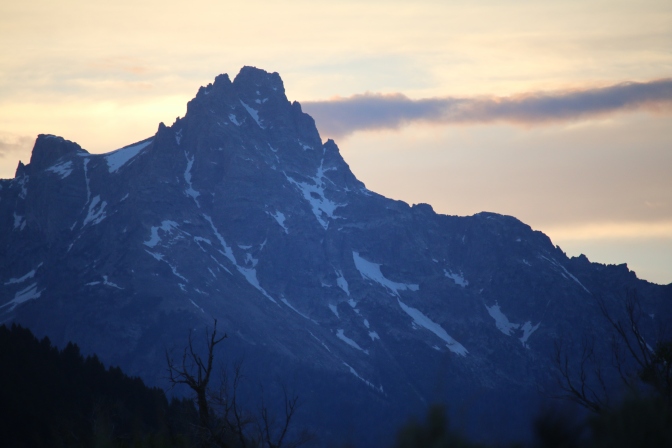 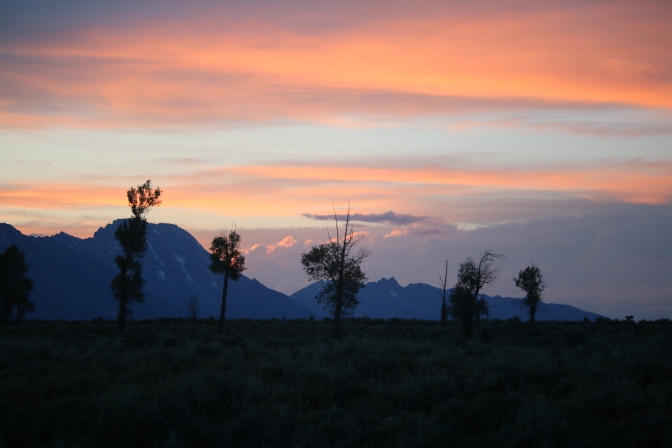