We had a few days between Fairbanks and our reservations for camping at Denali National Park, so we stopped by Denali State Park first. About and hour and a half to two hours south of the national park entrance, it was a beautiful drive on the Parks Highway (3) hugged by the Alaska Range that we didn’t too much mind repeating.

There are several campgrounds, trail heads, and even scenic viewpoints where you can park your rig overnight within the state park boundaries, but we tried out the Byers Lake and new K’esugi Ken campgrounds.

K’esugi Ken was brand spanking new but as a result a little hard to find the driveway for. Once we got in, we found paved spots tucked in the trees with a short walk to an overlook where we would have had a great view of “The Mountain” had it not been overcast. From here, we took a short-ish hike up the also brand new Curry Ridge Trail, which offers views of the Alaska Range and Denali on a clear day. What amazing views it would be, too! We can’t wait to see how they expand upon this new trail system. 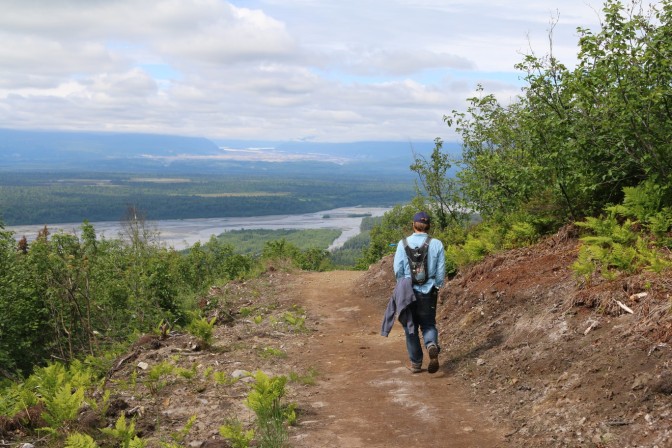 We moved to Byers Lake, as we needed to dump our tanks (K’esugi Ken didn’t yet have a dump station), and we wanted to access part of the K’esugi Ridge trail from here. It was admittedly older and much tighter to navigate, but at least it was peaceful and full of happy people.

This is one that I’ll admit kind of makes me wish we backpacked. 27.5 miles one way from Little Coal Creek Trailhead to Byers Lake (longer if you go to Lower Troublesome Creek), there are multiple access points to get up to this wide, flat ridge – the three previously mentioned plus Ermine Hill. Apparently, Little Coal Creek is the easiest way up to it, but we went with Byers Lake.

We started by going clockwise on the Byers Lake trail, an easy walk along the lake through the woods that bypasses a cabin being overtaken by nature. 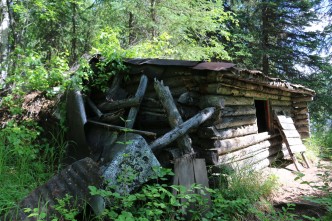 We then branched off to Cascade Trail, which took us up a somewhat steep switchbacked climb over tree roots and other obstacled, but pretty solid ground until we reached above tree line. We were told about a black bear sighting along part of the trail, but he apparently scampered off and we never saw him. We had a good amount of company coming our way as we happened to be there the same day they had a race going on where runners started at Little Coal Creek and ran the 27-plus miles to Byers Lake, elevation included. God bless their hearts! Just one of many Alaskan endurance trials we encountered over the summer, we were glad we could take our time with these views…

Once we reached above treeline, to say the views were spectacular would be an understatement. Even though Denali teased us by only partially coming out, the Alaska Range’s magnitude is enough to make your jaw drop – huge mountains as far as the eye could see. It was also magnificent just to get even a peek at North America’s tallest peak as we willed the clouds to dissipate. We walked just a bit of the wide ridge line, which was beautifully colorful, lake-dotted tundra with a pretty well defined path along it that seems to cruise right along while taking in the views. 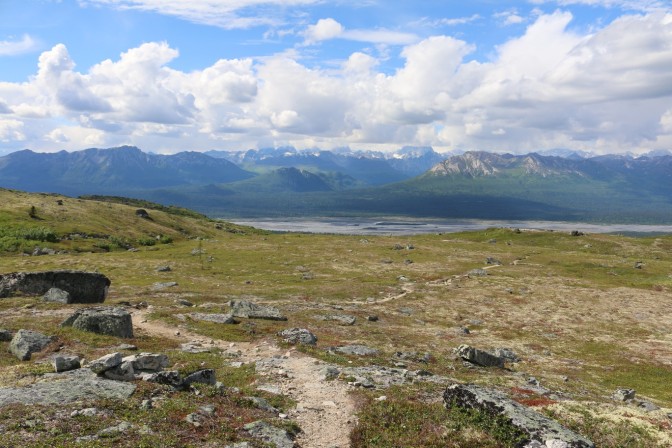 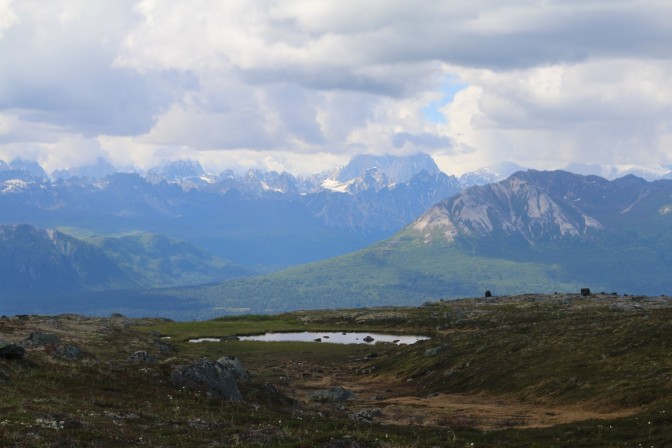 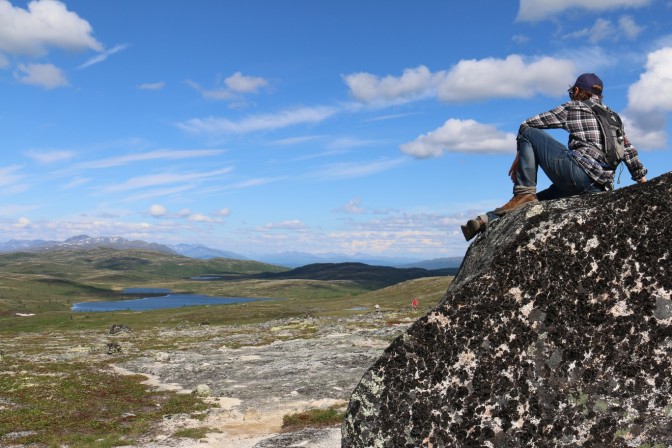 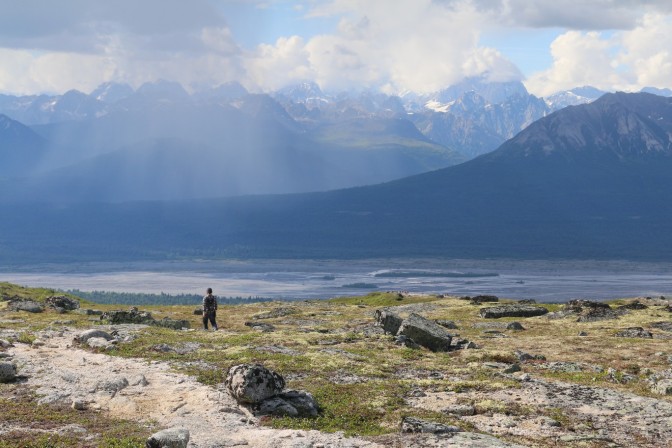 We turned and came back the way we came, overall probably covering nine miles that day and an elevation gain we couldn’t quite figure out (the map we had seemed to wildly underestimate the distance we actually wound up doing, so we didn’t trust their elevation numbers, either). It didn’t matter too much to us though as we took our time to take in some of the best scenery we’d ever seen and wait to see if we’d get lucky enough for the clouds to clear. Let me just say the pictures do it no justice and we already can’t wait to go back and hike more along one of Alaska’s best trails!