Not only is it home to some of John’s sweetest relatives, this little town of 4,000 where everyone knows everyone has been rated as one of the country’s top ten prettiest towns, holds the largest collection of in tact antebellum architecture, has some Hollywood claims to fame, and is adorable to boot. That’s a lot to claim for such a little town!

We stayed at nearby Hard Labor Creek State Park, which was very well maintained, newly renovated, and which we had practically all to ourselves in late winter. It was admittedly a pretty rainy, chilly week (including a memorably bad downpour thunderstorm JUST as we were setting up!) but we were still surprised to find it so empty when we first got there after everywhere else down south being pretty full. Along with water and electric hookups and nice bathrooms, we snagged a large site overlooking a pond that looked very cool and eerie under the seemingly daily cloak of fog the area would get, not to mention with all of the resident frogs, bats, and herons adding to the mystique. It was the perfect choice of a site as it was about a twenty minute drive to Madison (which is forty-five minutes from Atlanta but feels worlds away) AND it was here that I finally found a kitty cat that would let me pet her after a few other campground residents were too scaredy cat! It’s the little things…

We met up with John’s cousins several times over the course of a few days and got to check out a couple of the downtown’s quaint restaurants in the process. We had some HUGE portions and I was introduced to – and loved – fried okra at Chop House, and Ricardo’s was another delicious little Greek-oriented place a few blocks away. Of course, nothing can beat homecooking at a relative’s house, but we would definitely go back to these places! Oh, and this gave us a chance to see firsthand how small a town this is, as they were recognized at least four times by people they knew while we were out with them!

We enjoyed the free parking downtown as we explored on our own for some time, too. Perk Ave had possibly the best latte I’ve ever had – the “Cinn and Tell” – made with cinnamon and nutella. Drool! Their scones and muffins were pretty darn good, too.

Madison has a bunch of cute little gift shops and huge antique stores that we made sure to explore. We satisfied our still lingering from Savannah praline craving with some “stingers” – chocolate covered pralines at Antique Sweets. We wandered over to the park in the center of this few-block wide downtown, where patio tables, swings, restrooms and free WIFI were provided overlooking an ampitheater that holds summer programs. 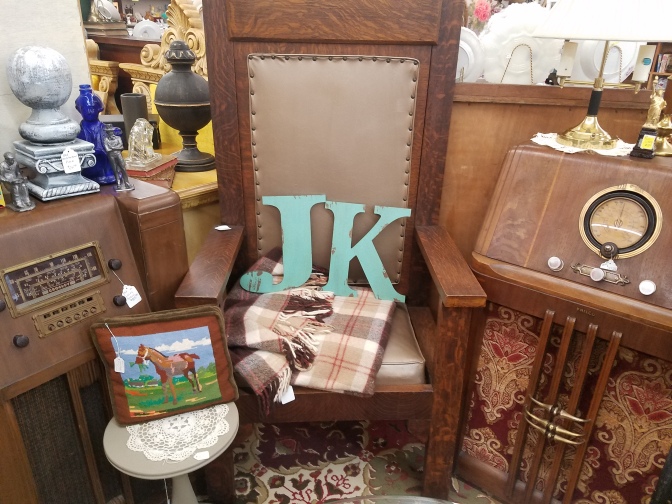 We then took a walking tour of the antebellum houses in the area, which again, is the largest concentration of antebellum homes anywhere. Many are marked as historic, some residential, some not, from what I remember. Legend has it that Madison was spared from destruction in the Civil War due to it being home to a love interest of one of the higher up officers. Whether this is true or not, we are thankful that these lovely, rare homes are still in tact and cared for. 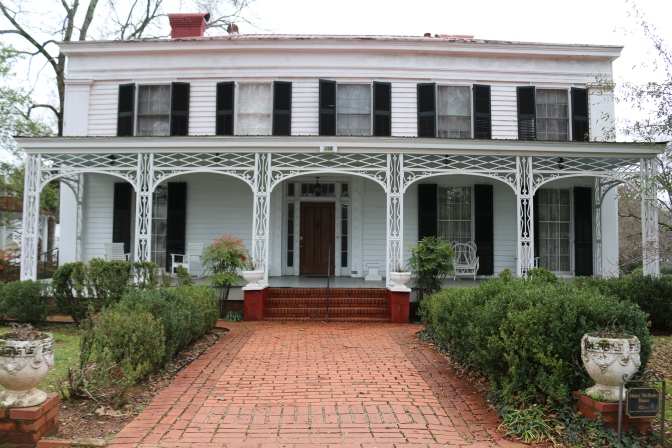 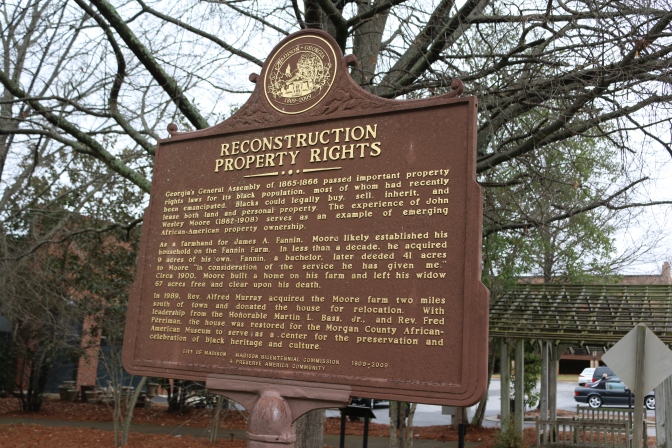 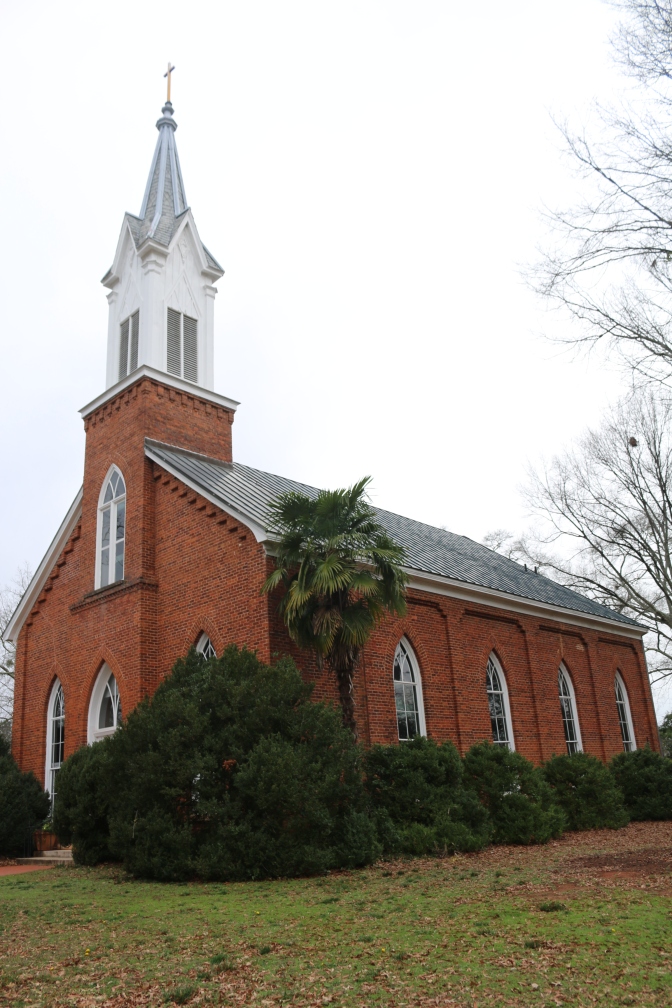 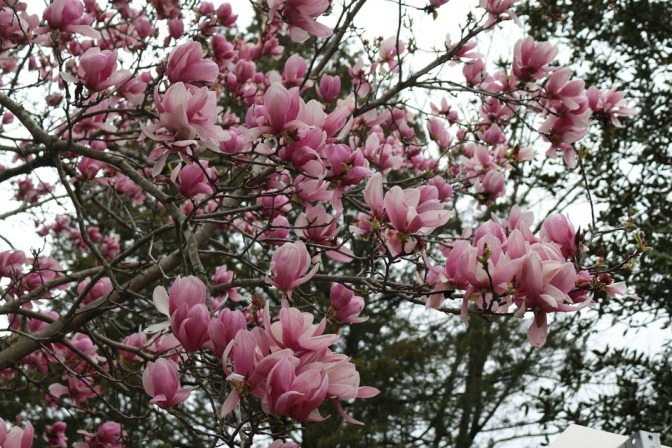 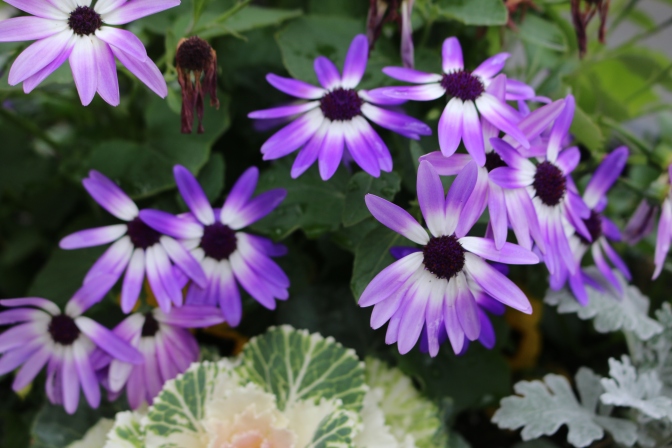 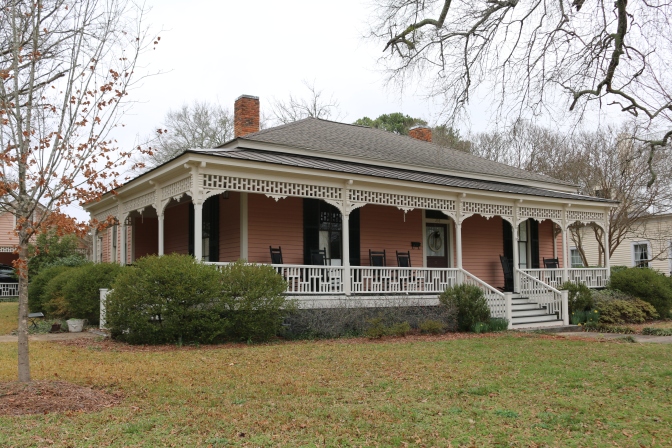 After this, we wandered over to the town’s old fashioned drug store that still contains a retro soda fountain. We weren’t hungry at the time, but it definitely looked like a good place to grab a snack.

This sweet little town is worth a stop in the Southeast if you like cute, walkable downtowns, antiques, good food and a whole lot of history with a side of pretty. It’s no wonder that Hollywood has used the town as settings for several movies, the latest being the Goosebumps movie. We certainly enjoyed our stay and hope you do, too, if you make the stop!

2 thoughts on “Madison: A Charming Stop in Central Georgia”