After a spectacularly scenic hour and a half drive from our campsite outside the park (the drives through Rainier are never boring!), we arrived at the Sunrise area of Mount Rainier National Park. The highest point visitors can drive to, at 6,400 feet, it is on the snowier side of the mountain and just plain offers amazing views.

The best view we saw was actually at a pulloff right before the visitor’s center, where you could park, get out, and walk around the ledges of the hairpin turn in the road to snap photos of viewpoints in all directions. Mt. St. Helens and Mt. Adams were in plain sight that day, as well as more stunning views of Rainier’s massive peak and the rest of the Cascade range. Really, just awe-inspiring and unreal. Oddly enough, we also got phone reception here, even though we barely even got it at our campsite. I supposed we were high enough that we didn’t get as much interference from the other mountains.. 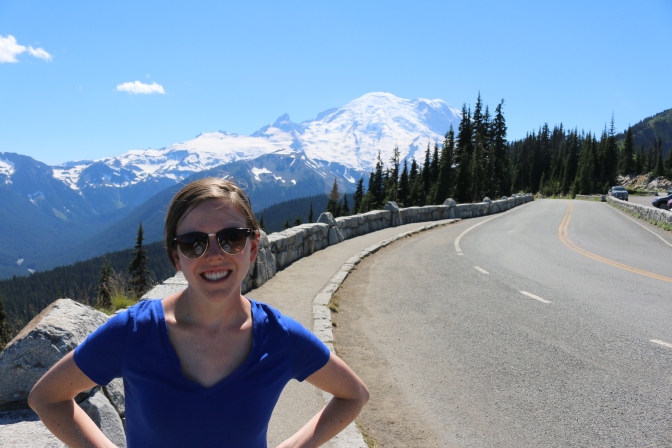 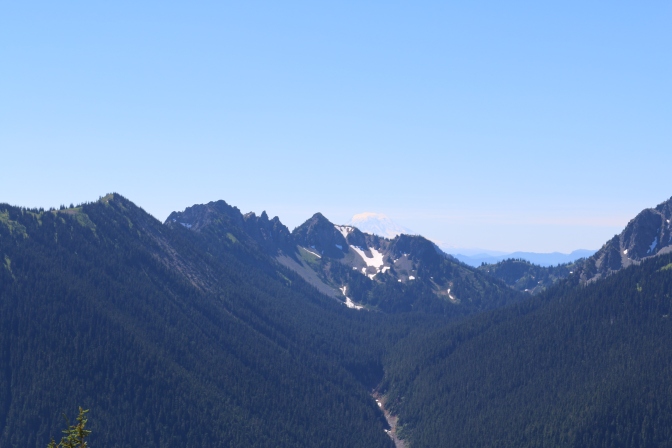 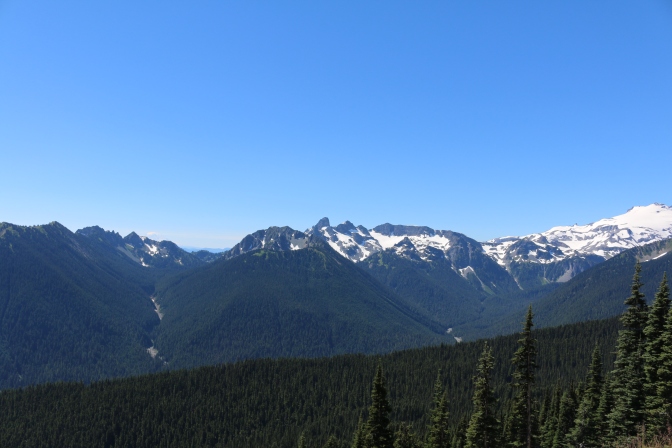 The visitor’s center area at Sunrise is open from early July to early September due to the amount of snow experienced at the high altitude. The facilities are smaller than those at Paradise, but is still charming and there are rangers there to give advice. 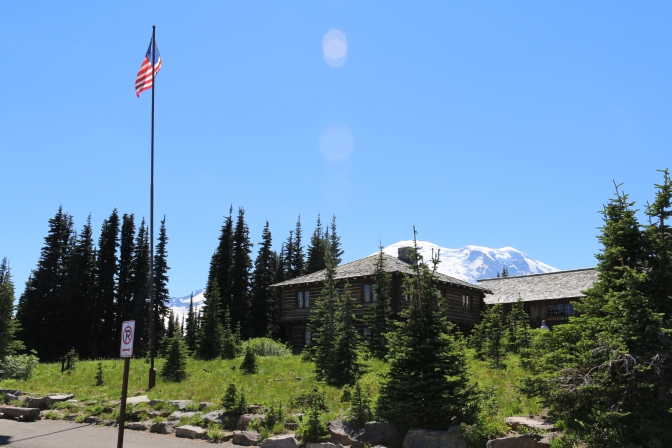 On this particular day, we were still recovering from exerting ourselves just a little more than we had been used to the previous day, so we chose to do the Frozen Lake hike, a three mile trek that gains 500 feet in elevation to reach a lake that is surrounded by snow even in the summer.

The trail was an approximately 500 foot incline, not too bad and mostly on the pretty comfortably wide Sourdough Ridge trail. On the way up, we enjoyed the views off to the side and behind us as Rainier’s peak wove in and out of clear sight ahead.

We then reached Frozen Lake, which, as expected, was surrounded by huge mounds of snow still melting from the harsh alpine winter. The snow was hanging over the water like someone had cut out the bottom part of it to make room for the water. 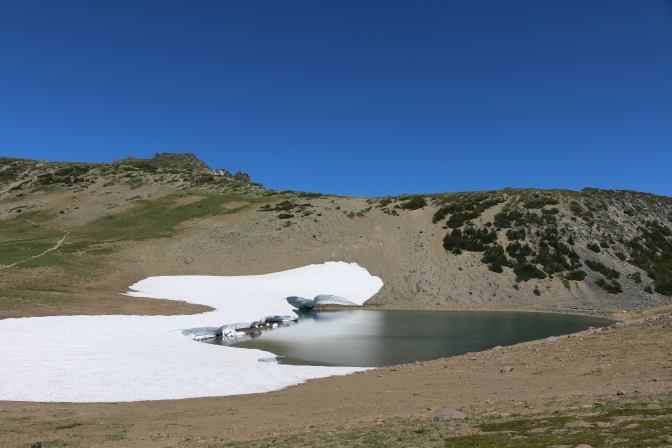 It was a very pretty lake. We wanted to get a bit closer, but the lake was roped off as signs said it was used for a local water supply. So we couldn’t blame them for wanting to keep visitors at a distance.

After eating lunch and making some chipmunk friends (we have seen a lot of them in popular lunch spots on trails on this trip looking for food!), we started the other half of the loop that followed a small portion of the Wonderland Trail, a ninety-plus mile backcountry trail that traverses all around Rainier. So we were not sure what to expect from it. It really was not bad except for one pretty steep snowbank.

Otherwise, the trail was pretty simple and eventually took us through the backcountry campground of Sunrise Camp, and through a wooded area to get back to the visitor’s center. 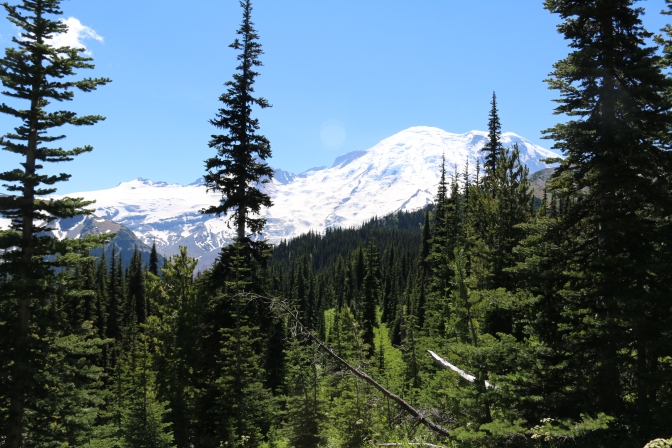