Driving 37A to Stewart, BC and Hyder, Alaska

After heading west on 16, and north on 37, many travelers en route to Alaska take the westbound 37A spur to the tiny towns of Stewart, BC and the isolated town of Hyder, AK. Even if it wasn’t on our radar beforehand, it would have been hard not to miss all of the signs advertising Salmon Glacier and the bear viewing platform along the highway.

Our experience proved the drive on 37A alone was worth it, even if we got some road construction tar on the camper just before turning onto it (lots of WD40 and elbow grease ensued). Huge, majestic mountains, glaciers and glacial waterfalls, we felt like we had already made it to Alaska! (Well, I guess we were technically almost there.) Either way, this proved to be our grandest drive through all of Canada on the way North. 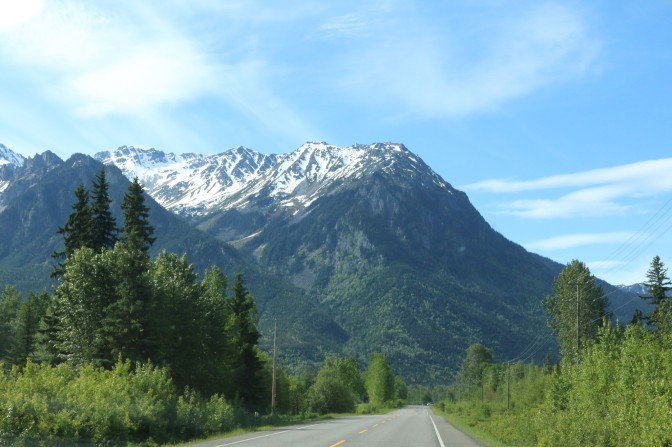 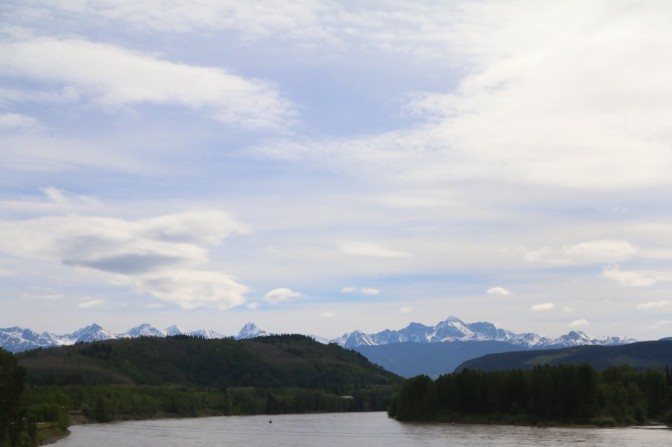 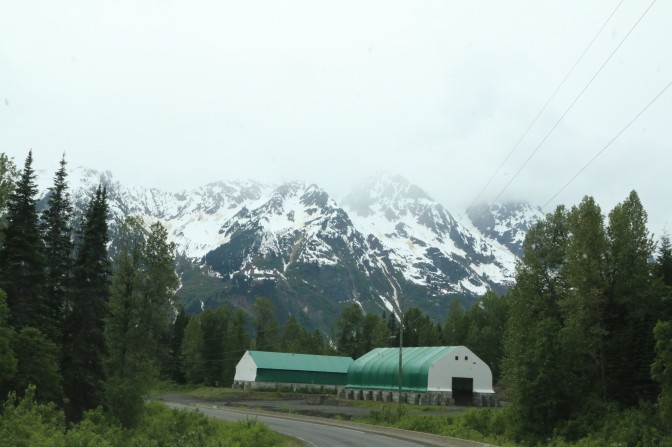 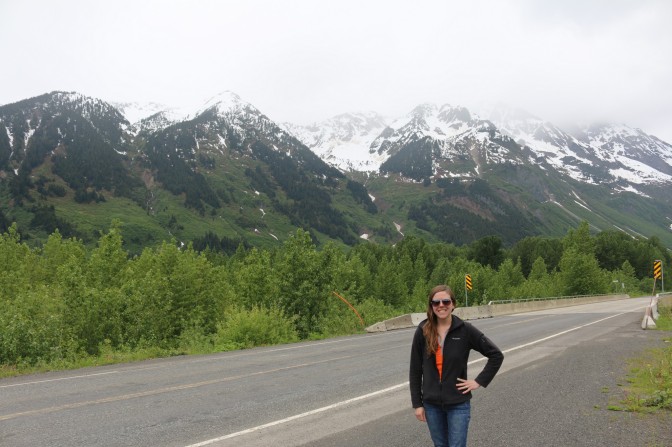 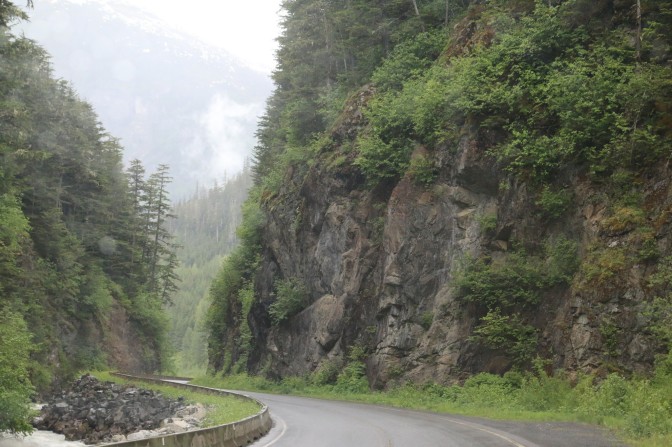 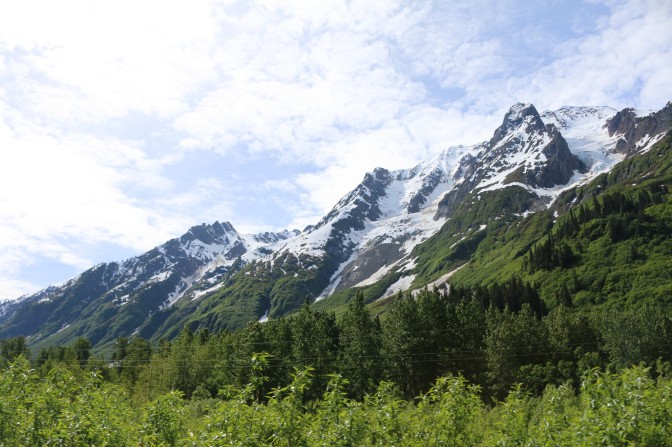 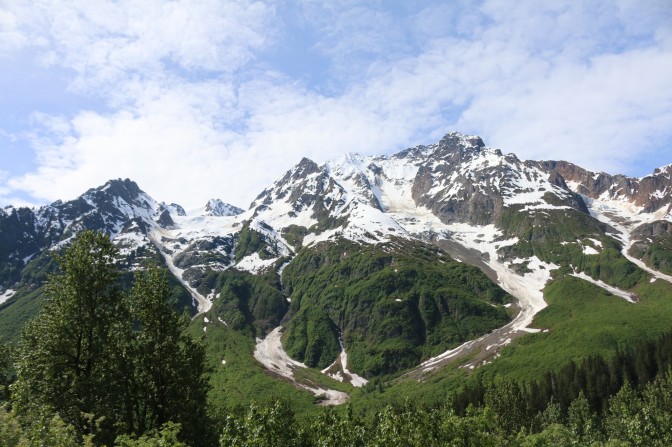 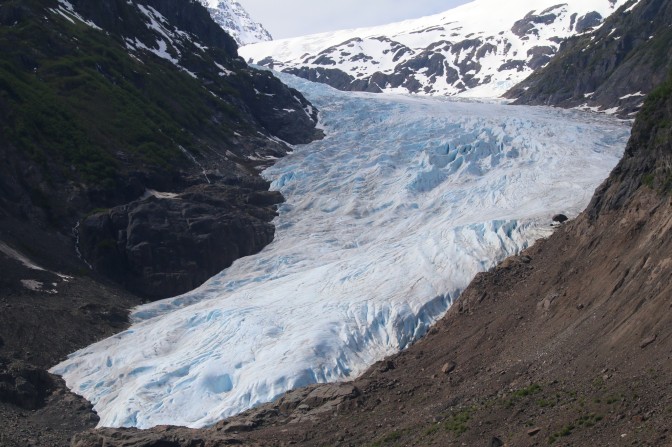 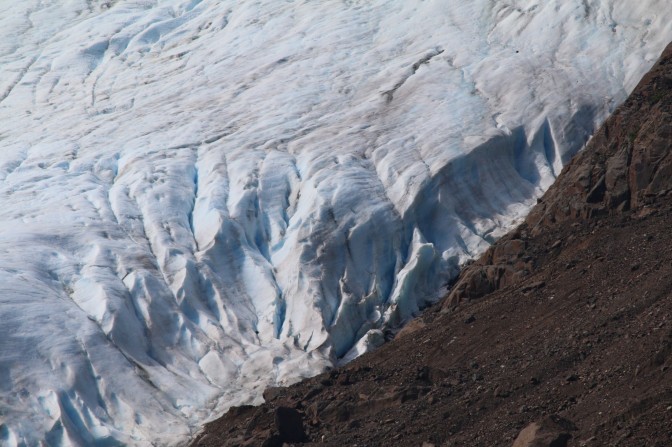 A super bear heavy area, we spotted three black bears grazing along the side of 37A during our time in the area at various times of day! 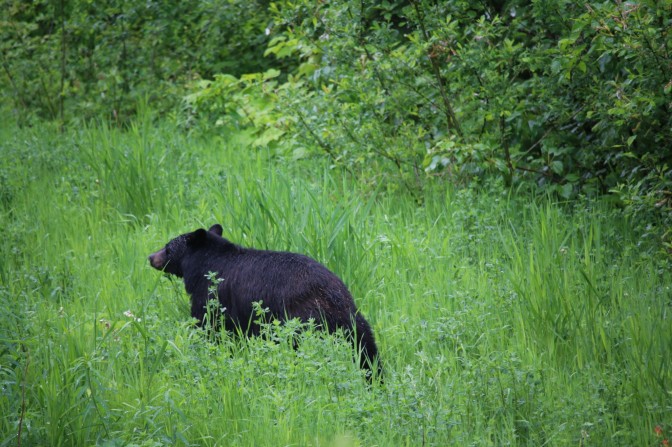 Though the municipal park and the private RV park in town didn’t look bad, we were very happy that we decided to check out Clements Lake Recreation Site. A free tiny park right off of 37A, there are only one or two small RV “sites” and a few tent sites, but it seemed like “park where you fit” was perfectly acceptable here, as we had a lot of campervan and Class C neighbors in the big gravel lot. The views and price certainly couldn’t be beat! 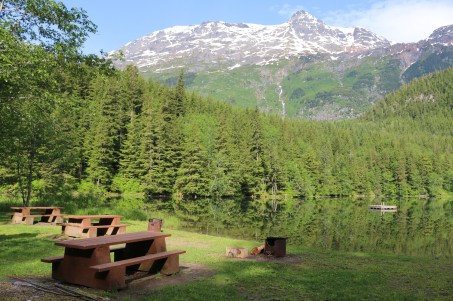 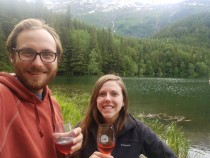 Side camping note: Bear River RV Park’s pay showers were very nice and the town offered a free dump station! The gas could have been worse here, too, for there only being one gas station in Stewart – it was about $1.20C/litre.

While in Stewart, we walked a little ways out onto their boardwalk that leads to the water and some sweet views accented by bald eagles flying overhead. We didn’t find a ton else here except good cell reception, the visitor’s center, and cool looking building facades. 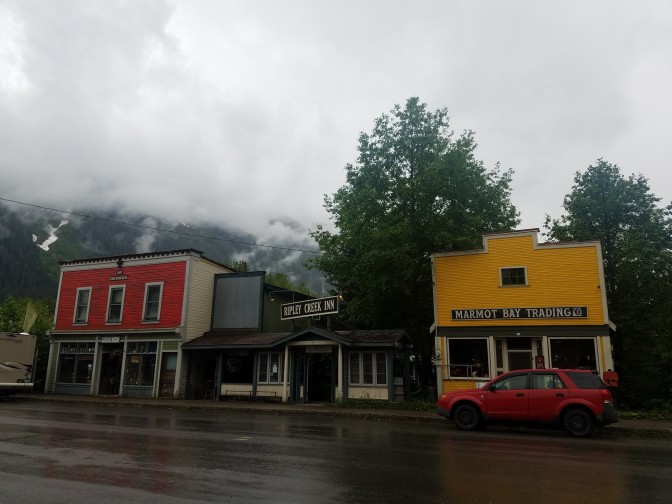 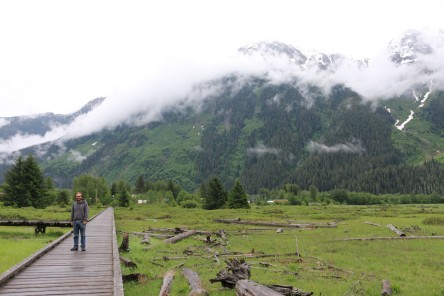 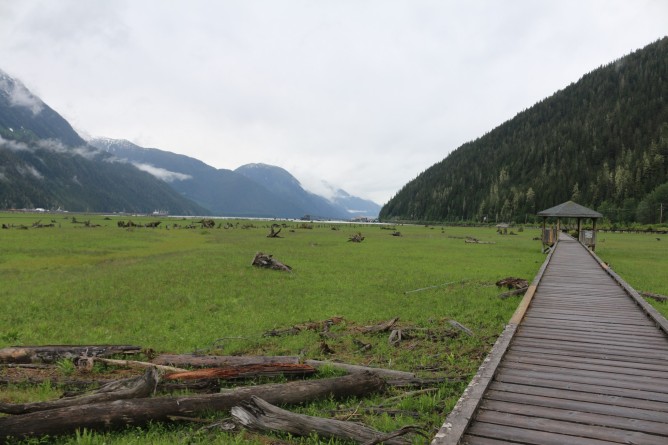 The real excitement is across the border in Hyder, AK, which is located near the bottom of the Alaskan panhandle and the only place you can go in Alaska by road from here. There are no US customs to go through, but there is a Canadian checkpoint to get back into Stewart. We found it be a pretty easygoing crossing, but we did need our passports and they will ask about firearms and bear spray. We left our bear spray at the trailer this day, but were told if you have it, it’s important to tell them because if they find it anyway, you’ll get in trouble (their concern is that bear spray is apparently legal in Canada, but pepper spray to be used on humans isn’t).

Our foremost mission in Hyder was that we had needed some mail sent out to us and thought it would be a brilliant idea to have it sent general delivery to the USPS office here to avoid international fees and delays. We knew from calling ahead that the town’s 80 or so residents only get a mail delivery by floatplane two days a week but failed to take into consideration that they need a clear day to fly, and that it was possible they could have an unusually rainy 10 day stretch! Luckily, we had it sent out a week before our arrival, but it was still delayed an extra few days from there. It just made its arrival that much more exciting though and we even happened to catch the plane unloading the mail and taking off! How cool is that?! The postal employee was super helpful, too, and it almost made us feel like we were getting to know what it felt like to be a local! 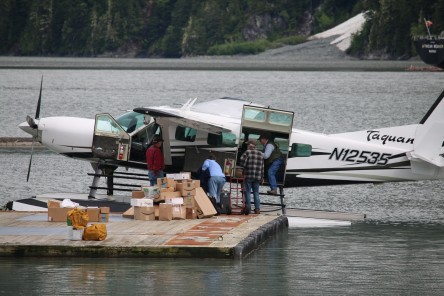 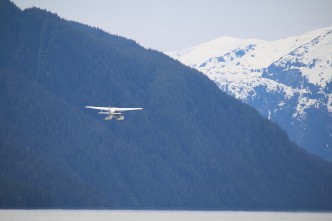 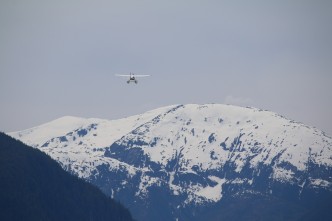 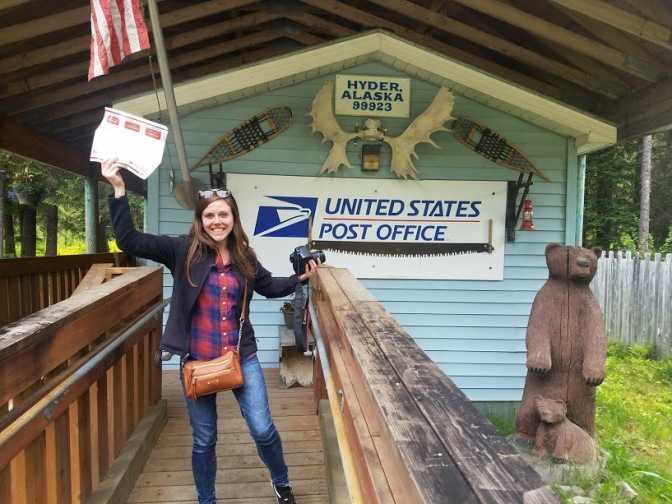 A scenic byway/gravel mining road (watch for work trucks!) through town leads up to a viewpoint of amazing Salmon Glacier, which we were hoping would be accessible by early June. We were bummed to find that the road was closed off before the actual viewpoint due to a bad rockfall as well as some remaining snow, but were able to catch a glimpse of the toe of the glacier. Oh well, just some incentive to come back sometime!

We also stopped by the famous bear viewing platform, which is about five miles in on the scenic byway, even though we figured there wouldn’t be much activity in early June. Salmon start running strong in mid July, which attracts bears to feed conveniently right under this pretty well secured boardwalk. 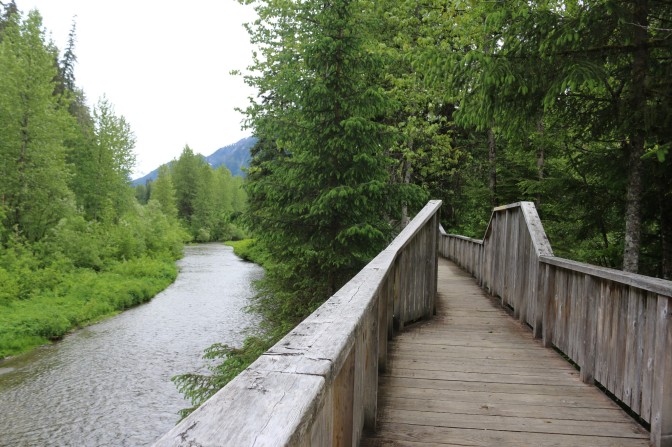 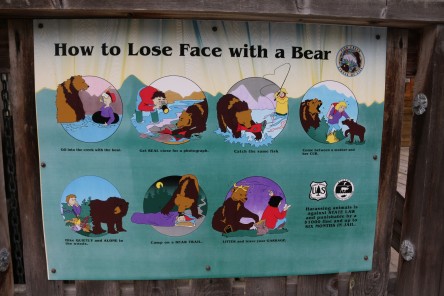 If we were to do it over again, we probably would have done this stretch on the way back from Alaska so that our odds of viewing Salmon Glacier and the bear feeding would be higher. The scenery was still oh so worthwhile and it was nice being here when it was quieter anyway. Plus, I don’t think many things will be as memorable as seeing that floatplane!

6 thoughts on “John and Katie’s Alaska RV Trip 2017: Stewart, BC & Hyder, AK – Bears, Glaciers, and Getting Our Mail by Floatplane!”