We made two stops on our second traverse across Oregon, one repeated, one new – though we could have done so much more. Our first was in the Alvord Desert, found in the quite remote southeastern part of the state, and an area which no one passing through the rest of Oregon would ever guess was there. We might not have known had it not been one of John’s brother’s favorite places.

Surrounded by the beautiful Steens Mountain area, the desert encompasses a salt flat playa, which is used for many recreational purposes, including camping and kiteboarding (which looks super fun). There is also a hot springs tub overlooking the desert, which apparently used to be free but is now managed by a family and charges $5/person or $20 for a night of camping and unlimited soaks. There are two small, constantly fed pools – one somewhat enclosed, the other out in the open and overlooking the mountains and desert. We only snapped photos of the former since there were usually people in the outside one, but both made for a relaxing, super quiet hot soak. We camped overnight and as we sipped on beers in this absolutely peaceful and surreal atmosphere on a cool night, we were definitely glad we had made a point to check this place out. 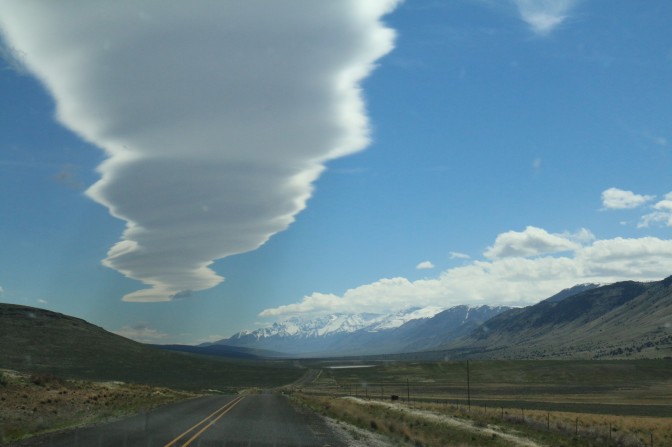 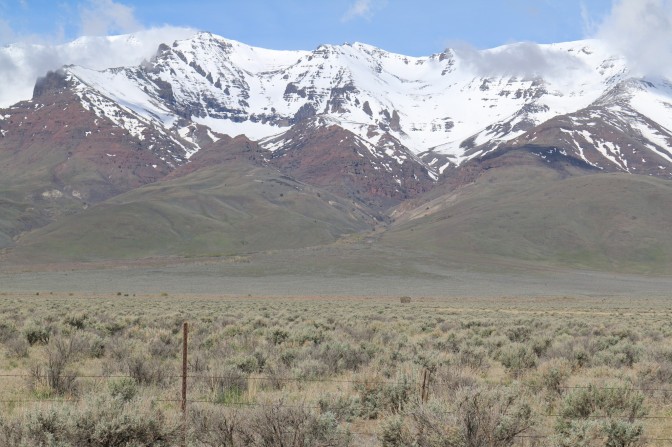 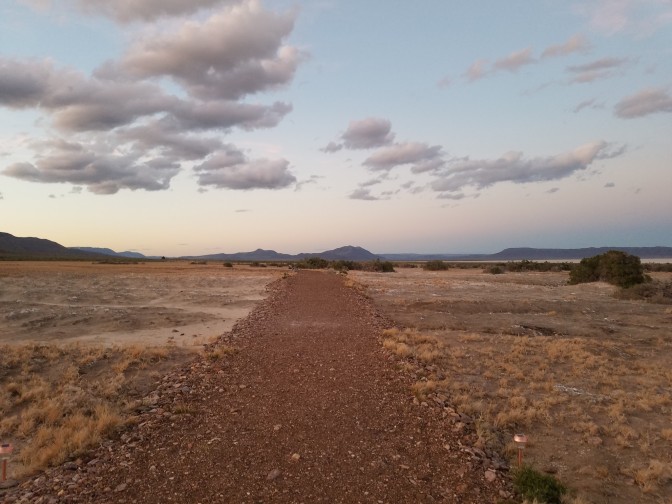 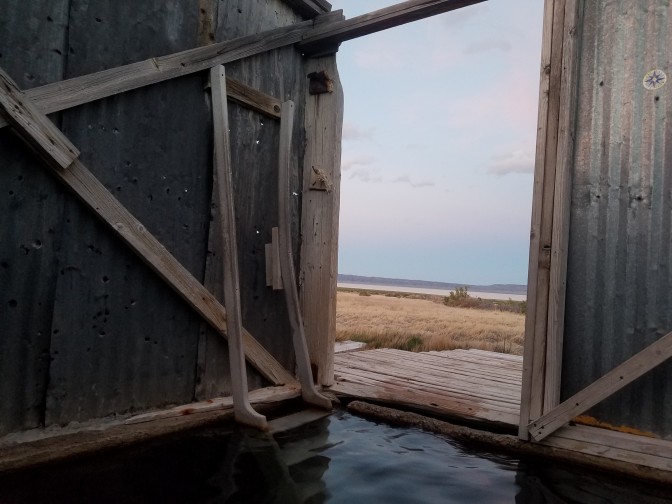 The playa was mostly flooded in early May, but we were able to access a small dry portion from an access road near a row of houses that the manager of the hot springs said we could use since we were staying with them. Driving is allowed on the playa, so we took the truck a few yards out for some photo ops and just to say we did it. The surface felt neat – spongy and smooth – and the views reminded us of a colder Badwater Basin. 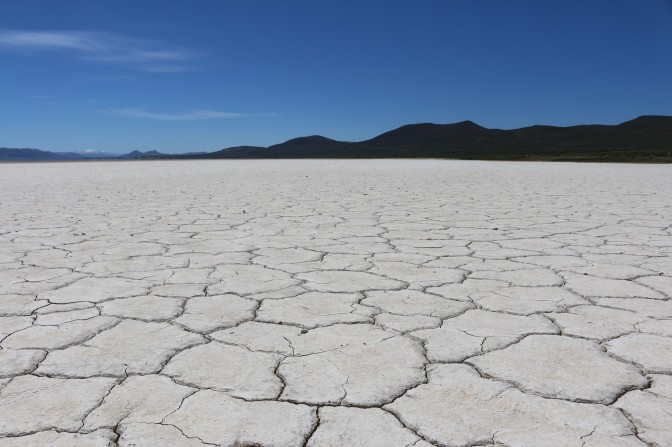 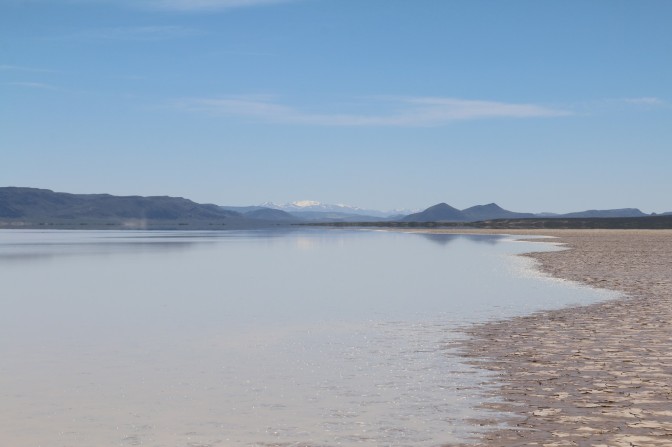 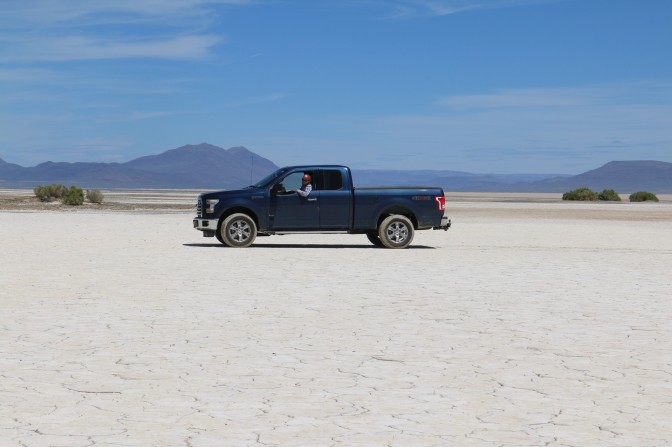 Heading north to Washington, the central OR town of Bend just happened to be on the way so we figured we’d take the opportunity to spend a little more time in this great place, as opposed to last year when we could only stop briefly and sleep at Gordy’s Truck Stop.

We stayed this time at Tumalo State Park, a 15-20 minute drive to downtown. The sites were a bit small but we made site 1 work for us and were able to take a pretty affordable ride from Coiled Cabs into town so that we could safely appreciate the craft breweries the area is currently famous for. Bend has the highest number of microbreweries per capita of anywhere in the country, and with how much the population has exploded in recent decades, I wouldn’t be surprised if it sprouted more in the coming years. We spoiled ourselves and lived it up while we were here, eating and drinking our way across town. Highlights included the specialty pizzas at 10 Barrel Brewing Co., some unbelievable carne asada french fries at the food cart/beer garden extravaganza called The Lot, the backyard at Good Life Brewing Co., and the beers at Bend Brewing Co. Their Black Diamond Dark Lager garnished with a slice of lime was to die for! 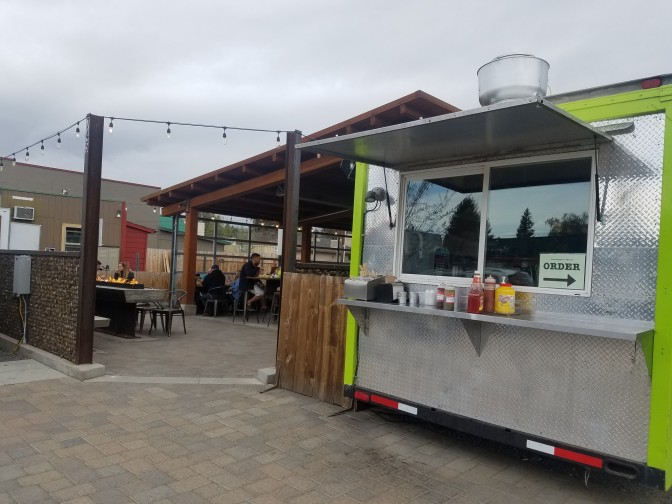 The fact that the 100,000 person town of Bend has gastronomy down-pat is almost the icing on the cake as it is a great town for walking around and getting outside, too. From pretty little parks in town to larger recreation areas and state parks, you don’t have to go far to find what you’re looking for any season of the year. Heck, we even saw people giving surfing lessons on the stretch of the Deschutes River that runs through the Old Mill District! We would have loved to have checked out some of the alpine area hikes but many were still snow covered in early May. Tumalo Falls was a fun day though and while Pilot Butte (the big volcanic mound downtown) didn’t totally blow us away, it seemed like a great spot to get a little exercise if you live or work nearby. 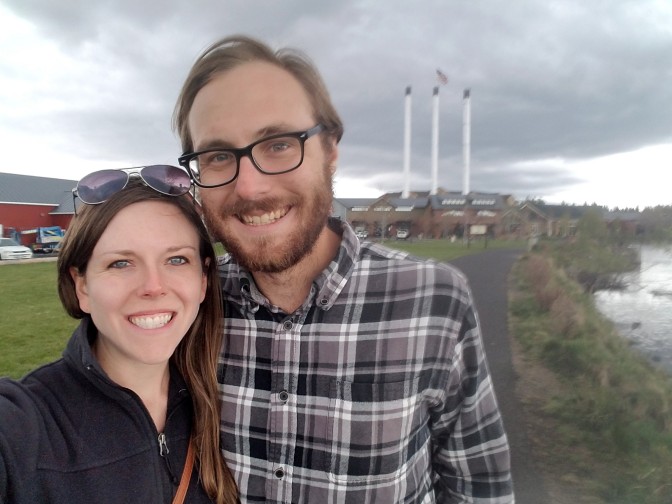 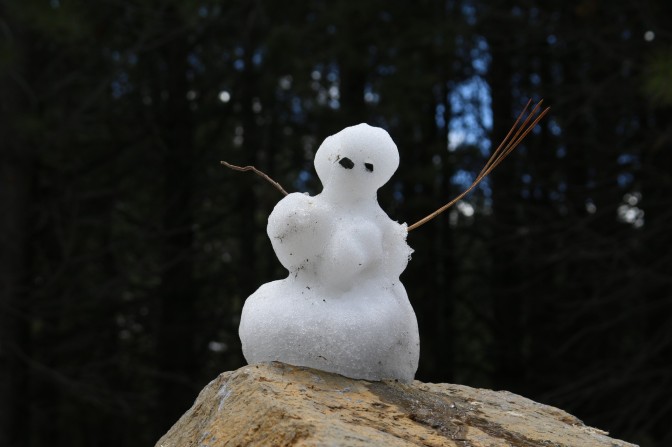 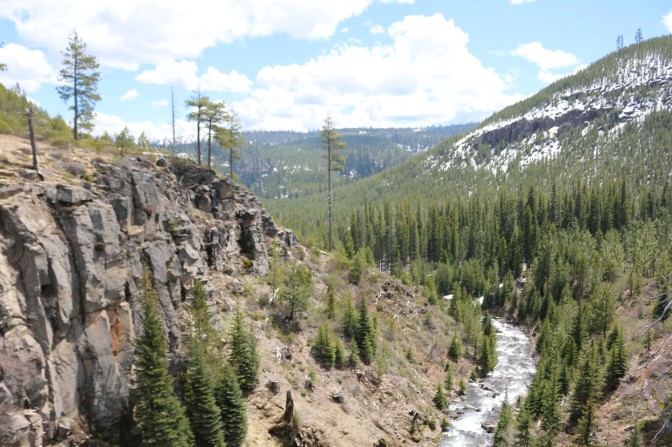 As I sit and write this post, I find myself longing to go back to both of these places. They are both pretty out of the way if you are not from the area and aren’t traveling long-term in an RV (Bend is a little under three hours from Portland and Alvord 4 hours farther), but they are well worth the effort to get there if you can! I feel like driving 101 on the Oregon Coast gets a lot of publicity, and is definitely something to see, but a vacation from say, San Francisco, up the Pacific Coast Highway through the Redwoods, veering inland to Crater Lake, east to the Alvord Desert, north through Bend, and perhaps detouring west to the coast before finishing in Portland (and hopefully hitting the Columbia River Gorge waterfalls) would be a good amount of driving, but an amazing vacation, in my humble opinion! Can you tell I’m planning for how to get back to our favorite places when we stop traveling??

5 thoughts on “Oregon: Take 2 – Hot Springs in the Alvord Desert and Bend, Revisited”