Nearly the moment we entered the desert in California, I made it my mission to eventually find the tall, cartoonish looking type of cactus that we all imagine when we think of the desert – a saguaro cactus, I came to learn they were called. Death Valley, the Mojave Desert, Utah, northern Arizona…we were striking out (except for planted ones at the airport in Vegas). Until John made the discovery that they are mostly found in the Sonoran Desert in Arizona, even though popular culture likes to attribute them as symbolic of any southwestern desert. The good news was though that there is a whole national park dedicated to them!

Just outside of Tucson, which John wanted to check out anyway, we knew we had to go. So we found a BLM spot on South San Joaquin Road (can’t miss it, you can see RV’s from the road), less than twenty minutes from the West part of the park and close to the city as well. It’s not often that you find that combination of a free, scenic campsite near both a national park AND 15 minutes to civilization, so we were counting our blessings! 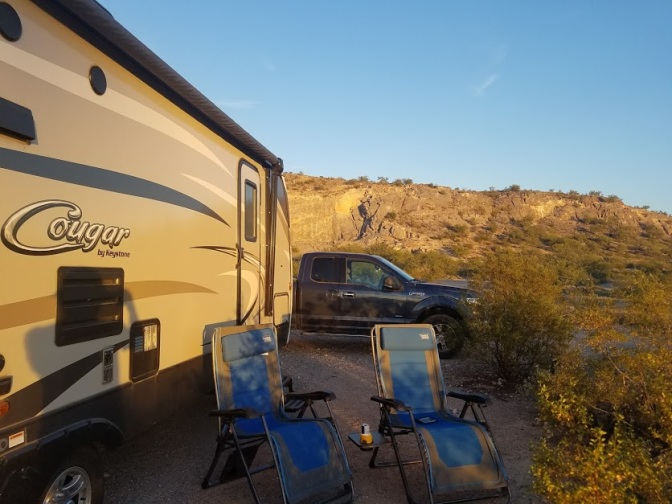 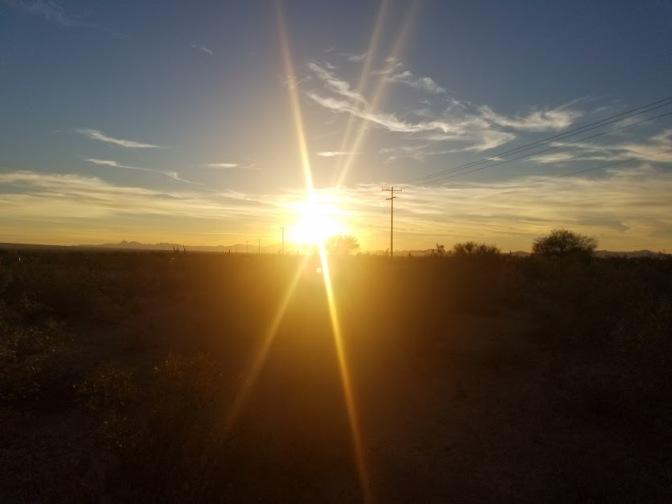 There are two parts to the park – the Tucson Mountain District (West) and the Rincon Mountain District (East). Our first day in the park, we just wanted to get a feel for it, so we did the unpaved scenic drive on the Tucson Mountain side (open on weekends, at least in November). The drive gets you up close and personal with hundreds, if not thousands, of densely populated saguaros and other fascinating native plant species. We stopped halfway at the Signal Hill trailhead to take in the experience on foot.

A flat four mile loop up the Cactus Wren trail and down the Manville trail (this name made me laugh) gave us a great chance to inspect the beautiful saguaros up close. With a lifespan of up to 150 years, these beauties can grow up to 70 feet tall and have many or no “arms”, which increase their ability to reproduce. Hence, there is an amazing amount of variety to their almost Muppet-like appearance. We kept anthropomorhpizing them, imagining their “arms” to be dancing or needing a hug… 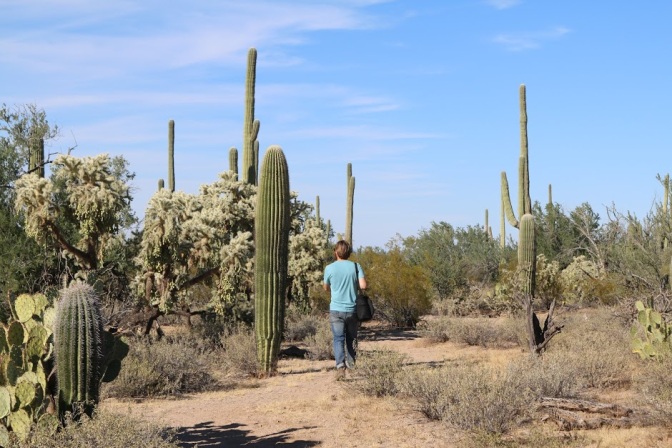 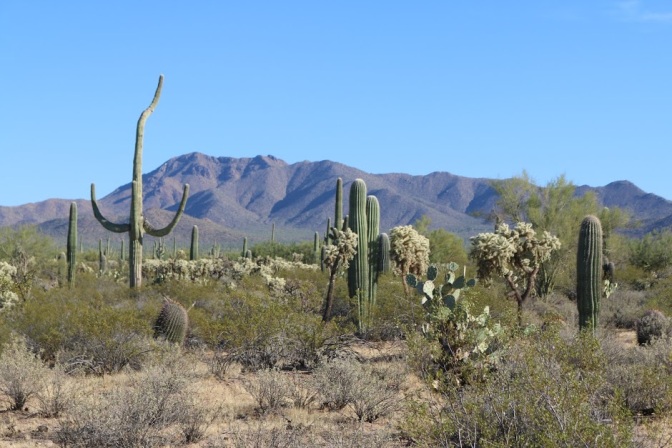 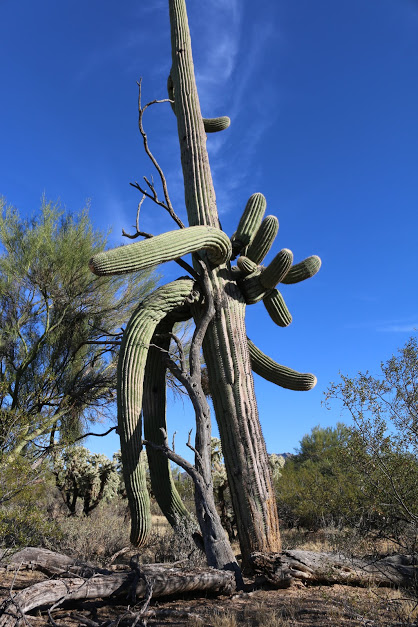 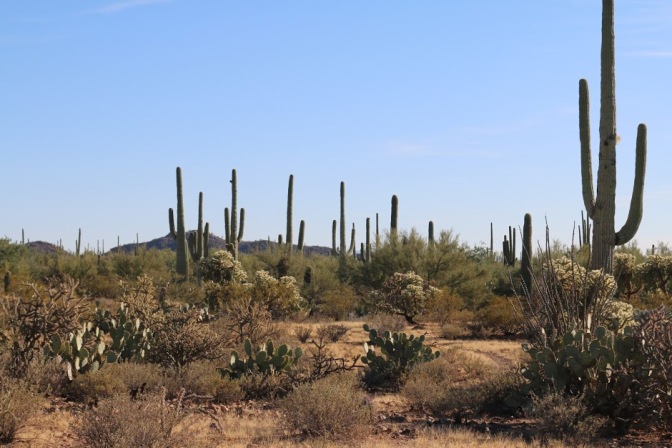 The park also offers spectacular examples of other desert flora, including barrel cactus, ocotillo, prickly pear cactus, and the blue palo verde, which has a fascinating green bark caused by the chlorophyll in it. Due to the lack of water in the desert, it produces its food in its bark rather than relying on its leaves. Desert plants are so fascinating in the different ways they adapt to the harsh environment.

What fascinated us most though were the dead or dying plants. Much to our surprise, they almost looked like they had wooden skeletons inside of them!

Though this trail is certainly not the only place to experience the flora of the park, it is certainly a simple one we can recommend to take in the landscape and variety!